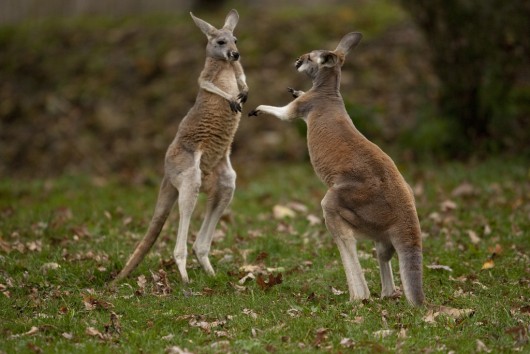 PATH, the Program for Appropriate Technology in Health, headquartered in Seattle, WA, is an international nonprofit organization and leader of global health innovation. For 40 years, PATH has improved health and saved lives.

PATH recently released the Innovation Count Down 2030 report, which identifies 30 key global health innovations. With support from the Norwegian Agency for Development Cooperation, the Bill & Melinda Gates Foundation, and the U.S. Agency for International Development, PATH assembled a group of experts and innovators from around the world “to identify, evaluate, and showcase health technologies and interventions with great promise to accelerate progress toward solving the world’s most urgent health issues,” according to the report.

The report features innovations that could hasten the pace of progress towards the health targets in the proposed United Nations Sustainable Development Goals (SDGs).

Those targets include reducing the global maternal mortality ratio to less than 70 per 100,000 live births and ending preventable deaths of newborns and children under five years old; ending the epidemics of AIDS, tuberculosis, malaria, and other diseases; reducing by one-third premature mortality from noncommunicable diseases; and ensuring universal access to sexual and reproductive health care services.

The global health innovations listed below, are presented in four categories that align with the SDGs proposed health targets. To read the summary of each goal, visit path.org and click the IC2030 report.

“On the eve of launching the SDGs, the global community now knows what we can accomplish by coming together around a common set of goals and throwing our collective weight behind health solutions with the most potential for impact,” the report states. “As world leaders consider how to finance and scale up those solutions, we know that coordinated investment and financing will be essential in our efforts to reach the 2030 health targets—and to ensure we can financially sustain those gains into the future.” 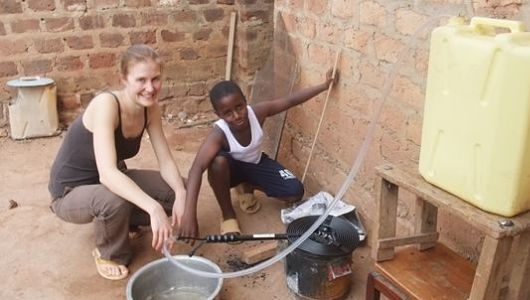 From 1990 to 2011, over 2 billion people gained access to an improved water source—that’s a hugely improved standard of living for more children, families and communities worldwide. However, not all water is clean drinking water, which is exactly what Celsius Global Solutions aimed to fix with the Jompy Water Boiler.

The Jompy Water Boiler is a lightweight, inexpensive device that simultaneously enables people to cook a meal and heat water to bacteria-killing temperatures, making the water safe for drinking and bathing.

The boiler itself is a flat metal disk with a handle connected to a container of water through a tube. The flat disk is placed over the heat source. Its shape allows the user to put cooking tools right on top of it. As the disk gets hot, the heat is transferred through the tube to the water container, which quickly heats up, and the water becomes decontaminated. The Jompy Water Boiler works equally well on stovetops and on open fires, making it useful in urban and rural settings.

In 2006, Glasgow University did a test run of the Jompy Water Boiler in Uganda. The test was conducted with 99 families, 49 of which were given water boilers. The World Health Organization set the objective of this research to have zero water-born diseases, such as E. coli, in the families that used the product.

The results were impressive. Of the 49 families with Water Boilers, only one family had a case of E. coli. Meanwhile, of the 50 families without water boilers, there were several cases of the water-born disease.

On top of reducing the risk of disease, families reported that they saved an average of 3 kg of firewood per day and more than three hours of their time due to reduced cooking times using the Jompy Water Boiler. It saves time and effort, all while consuming less fuel and reducing CO2 emissions.

The Jompy Water Boiler is currently used in India, Kenya and Uganda, but it has the potential to make a serious impact on the lives of those living in developing countries. It is efficient, cheap and worthwhile. 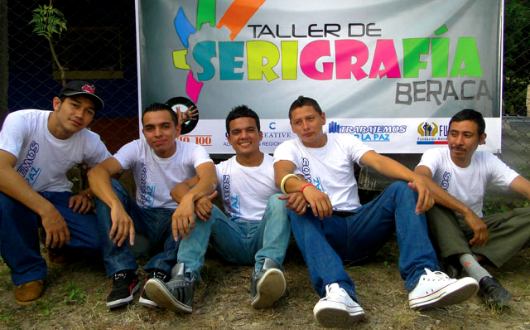 Countries are growing younger than ever. One quarter of the world’s population is made up of adolescents, and more than half of the world is under the age of 30.

Paired with technology and a global trend for social responsibility, the young majority is making headway in addressing youth crises and global issues.

While this demographic change poses potentially destabilizing risks, USAID is working to enable the youth bulge to make positive change in their communities through social innovation.

In Honduras, young people are mapping crime violence along its urban public bus systems. According to USAID, the United Nations and the Honduras National Police tracked 86 homicides per 100,000 people in 2011, the highest in the world. Due to gang violence and armed robbery, busses are ripe for extortion and murder. In June 2012, young Hondurans traveled through Tegucigalpa’s dangerous buses with a global positioning system (GPS) in order to develop blueprints for a public bus map for citizens to follow so they could avoid problematic hotspots. The GPS data was then entered into Google Earth.

This was a part of a USAID-led volunteer program. Members of the national anti-violence youth movement, Movimiento Jovenes contra la Violencia, took part in mapping fifteen of the busiest and most risky bus routes in their area, according to USAID.

The Kyrgyz Republic found USAID support when they experienced significant political and social conflict in 2010. Protests and violence, subsequently, gave way to a cynical youth population.

USAID partnered with Youth of Osh, a nongovernmental, secular organization from Osh, Kyrgyzstan. Youth of Osh leads community development projects in the city. In the October 2011 presidential election, USAID and Youth of Osh applied SMS technology to monitor the elections in more than 70 voting stations. They located approximately 1,300 violations via text. This was a groundbreaking accomplishment in political transparency in the Kyrgyz Republic’s election processes.

Liberian students enrolled at the Kwame Nkruman University of Science and Technology in Ghana pursued master’s degrees thanks to a USAID program. The program follows a development plan sponsored by the U.S. Millennium Challenge Corporation Threshold Program, and looks to establish better management of land rights and access.

USAID’s LAUNCH energy forum on November 10-13, 2011, starred Gram Power, an energy tech company based in the United States but servicing India’s poor electricity market. The self-described “micro solution to India’s major energy woes” was co-founded by Yashraj Khaitan and Jacob Dickinson. The men both graduated from UC Berkeley in 2011 with Bachelors in Electrical Engineering and Computer Science.

The highly selective LAUNCH event led to Gram Power building its first micro-grid installation and electrification in the Khareda Lakshmipura village. They soon brought electricity to 200,000 homes in five years. Gram Power hopes to bring power to 1.4 million people by the end of 2016.

USAID also works in the Philippines, teaching young people at the University of Cebu the prospect of “technopreneurship.” USAID’s Innovative Development through Entrepreneurship Acceleration (IDEA) works with higher education engineering and science programs to engage students on the possibility of bringing their ideas to life.

IDEA offers the Global Entrepreneurship Symposium and Workshop, which teaches young students how to create products, research, understand the global market and work with venture capital, according to Frontlines.

By 2016, IDEA will have garnered more than $2 million, which more than matches the U.S. Government’s $1.5 million investment.

In addition to IDEA, USAID invested $34 million to help higher education in the Philippines. The programs offer study abroad opportunities in the United States and funds for many students to obtain master’s degrees in science and technology. 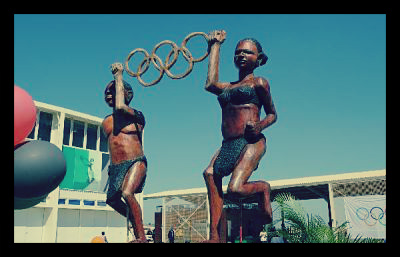 The International Olympic Committee (IOC) thinks sports are the answer to improving life in developing countries. The IOC’s “Sports for Hope” program provides communities with better opportunities to exercise and learn about the values of Olympism.

The organization believes practicing sports in a safe and welcoming environment has the power to bring hope and positivity to developing countries. Sports have the ability to foster cognitive development, social interactions and community integration. The program involves building multi-functional sports facilities in developing countries.

Besides improving the health of those who participate, the program will also help young athletes actively develop their minds. Other goals of “Sports for Hope” include offering athletes professional training opportunities, organizing sports competitions and providing health services.

The Center, costing a total of about $10 million, includes outdoor sports fields, indoor multi-purpose courts, a boxing arena, a gym, classrooms, administrative offices, locker rooms and storage rooms. The IOC partnered with the Government of the Republic of Zambia and the National Olympic Committee of Zambia to bring the center to the people of Zambia.

Now in its third year, the Center welcomes about 10,000 children and teenagers each month. The facility offers opportunities for young athletes to train in 16 different sports.

Following the success of The Center in Zambia, the IOC is currently building its second Olympic Youth Development Center, this one in Port-au-Prince, Haiti. The Haitian Center will feature large shaded areas to protect athletes from the heat of the region.

The Centers offer educational classes, including HIV/AIDS programs. Zambia has one of the world’s most devastating HIV/AIDS epidemics; at least one in every seven adults in the country live with HIV. Woman and girls aged 15 years old to 24 years old are most vulnerable to the disease with double the prevalence of men in the same age group. The educational programs on female empowerment focus on positivity, including safe sexual practices to prevent the transmission of HIV/AIDS.

Zambia’s Olympic Youth Development Center is an example of how a sports complex and sports in general, can be so much more than what meets the eye. Zambian Olympian Samuel Matete says, “As an Olympian myself, I look forward to using the Center to provide great opportunities for young people to achieve their dreams.”