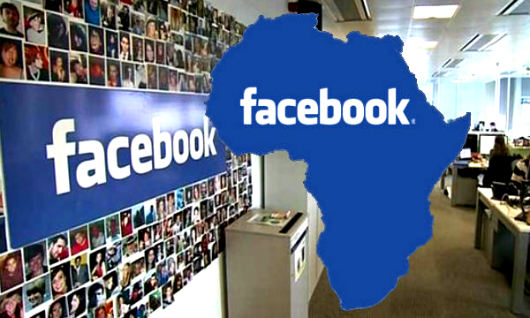 In late June, Facebook announced it would be opening its first African sales office in Johannesburg, South Africa. This office will serve to cater Facebook’s services to its growing markets across Africa.

Facebook in Africa will focus on spurring African businesses to advertise on the social media platform. The company hopes to strengthen its connection to the continent through this mission. It will shift applications, metrics and advertising toward African users, who overwhelmingly depend on mobile technology to access Facebook. Nunu Ntshingila, former chairman of Ogilvy South Africa, serves as the new head of Facebook Africa and is leading the sales office.

According to Ari Kesisoglu, Facebook’s regional director for the Middle East and Africa, Facebook is aiming to help businesses expand their reach across Africa to better connect companies to consumers. The social media platform has grown tremendously in the region, with 20% more active users in June 2015 than in September 2015. Over 80% of the current 120 million African Facebook users access the social media platform using mobile technology. Nicola Mendelsohn, Facebook’s vice president for Europe, the Middle East and Africa, stated that with data service costs decreasing and more Africans accessing mobile technology, there is an immense amount of potential for Facebook throughout the continent. With over half of the company’s advertising revenue coming from countries outside of the United States and Canada, she said that the company hopes to increase advertising opportunities for African businesses.

In its initial stages, the office is set to work on establishing partnerships with governments, telecommunications companies and regional organizations. The company hopes that through these partnerships, it can better understand both the advertising challenges and technological barriers faced in the region.

This expansion is part of a similar initiative to help further expand Facebook’s reach across the continent. The company is striving to strengthen its connection to Africa in order to grant those in remote locations useful communication resources. The company’s partnerships with telecommunication companies allow easier and cheaper Internet access for basic services for those in remote areas. Along with Facebook’s Internet.org project, it has also developed Facebook Lite, which is a simplified version of the actual website that was designed for smart phones still on the 2G network in remote areas.

According to TIME, the company has also launched “missed call ads” to better allow successful advertising in remote areas in Africa and India. When users click links to an ad, the advertiser instead calls the user’s phone and plays an audio ad rather than forcing the user to use up cellular data. The advertiser takes the cost of the call.

In its current stage, the new office is working to develop effective solutions to advertising challenges in ways like these. The office hopes to explore other advertising methods that would be more convenient and useful for African businesses and users.

In recent years, development organizations have sprung up and taken off swiftly around the globe. Headquarters hot spots dot the map from Southeast Asia to Northern Africa, from Latin America to the Middle East.

It is critical for these growing organizations to establish networks in environments suitable for development expansion; it is an investment that involves careful consideration and strategic planning.  As an aid, experts at Devex compiled a list of the top 5 best cities for development organizations to consider.  Taking factors such as location, demographics, resources and political environment into account, the top cities are as follows:

1. Bangkok, Thailand – Bangkok’s strategic location in the heart of Southeast Asia makes it a prime site for development networks.  Home to the UN Economic and Social Commission for Asia and the Pacific, the capital is already a nucleus for development efforts. Devex experts note that expected economic growth in the area means the city “will be even more of a regional hub” in the future.  Furthermore, Thailand boasts a lower cost of living than neighboring countries and tops the World Bank’s list of easiest countries to do business in for East Asia and the Pacific.

2. Bogota, Colombia – Another high-ranked country for ease of doing business by the World Bank, Colombia is a growing site for both private sector companies and development organizations. The Latin American capital possesses a young and skilled labor force due to the prevalence of universities and libraries. USAID Mission Director for Colombia Peter Natiello praises the city’s potential, claiming “Bogota allows USAID to build partnerships we need to achieve greater impact…with the private sector, NGOs, government institutions, and academia.”

3. Nairobi, Kenya – Africa as a whole is in the middle of a surge of financial and technological growth, with Nairobi at the center.  The Kenyan capital is home to more than 100 major international organizations, including the UK Department for International Development and UN Environment Program. Business analyst Naomy Wanga cites “communications technology, business development services, and the availability of both expertise and business opportunities” as major factors contributing to development success in Nairobi.

4. Amman, Jordan – Despite political tumult in the region, Amman boasts a relatively secure environment; the World Bank ranks it the least corrupt among low and middle-income countries in the Middle East.  Jordan follows an open-border policy and grants myriad public health and education services to the country’s more than 500,000 refugees.  Furthermore, Amman has a young workforce and improving status in health and education.

5. New Delhi, India – As both the world’s largest democracy and fourth-largest economy, India is a hot spot for growing development organizations.  New Delhi boasts a strong NGO community. In addition, the capital city is home to several UN regional offices and more than 140 foreign embassies and commissions focused on overcoming development challenges throughout India and South Asia. Though the South Asian region as a whole is struggling to reach several Millennium Development Goals, New Delhi shows potential for growth; the metropolis features an educated work force with strong English-speaking skills.