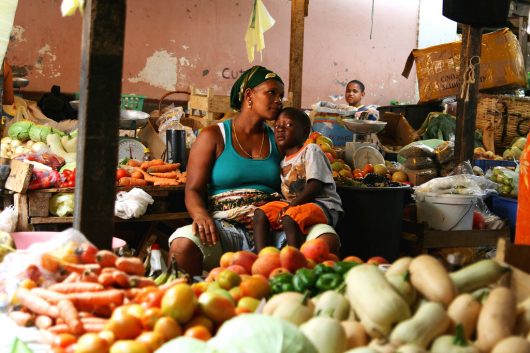 GMOs, or genetically modified organisms, are plants or animals whose genetic codes have been altered by the insertion of genes from a different plant or animal in order to gain advantageous traits. Plants can be modified, for example, to better resist disease, pests and drought.

GMOs undergo rigorous testing (a period ranging from five to eight years) conducted by the U.S. Environmental Protection Agency, U.S. Department of Agriculture and the Food and Drug Administration to make sure the genetically modified food is safe for human consumption. Currently, there is no legislation requiring food packagers to label the genetically modified food that sits on supermarket shelves.

With the success of many GMO projects, research is being done to determine how this technology can be used to address the issue of world hunger. Modified crops that can benefit developing countries include C4 Rice, which is being funded by the Gates Foundation. Rice naturally photosynthesizes through the C3 pathway, which is less efficient than the C4 pathway utilized primarily by grass crops such as maize and sugarcane. Converting the cellular structure of rice from C3 to C4 will allow the crop to support more people than is currently possible. While a single hectare of land in Asia produces enough rice to feed 27 people, the International Rice Research Institute has estimated that by 2050, that same hectare will need to produce enough rice to feed 43 people, a problem that genetically modified C4 rice may be able to address.

Since rice provides one-fifth of the calories consumed by people worldwide, more efficient rice crops have the potential to combat world hunger related to population growth.  Other projects, such as editing and deleting genetic information in crops using CRISPR-Cas9 technology, are making headway in an effort to produce crops that are less reliant on chemical pesticides and more adaptable to inhospitable growing conditions.

GMOs have the potential to help solve food production issues in the future, making a dent in the fight against global poverty. Yet it is important to recognize the reality of and work to address the downsides, as the introduction of GMO crops (large, industrialized yields) to a country’s economy could change local farming practices (smaller, local yields), may dominate their food markets, can harm the environment through the required pesticides and can result in large-scale monocultures.