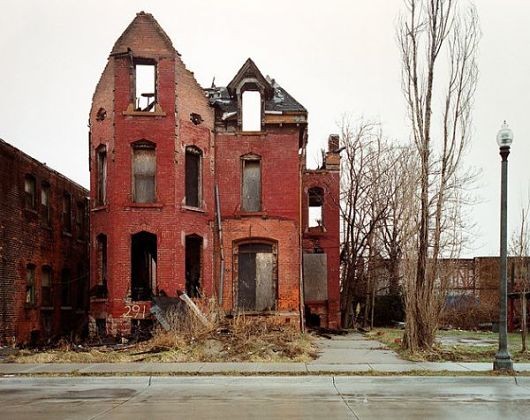 In 2013, Detroit filed for bankruptcy. The city is full of empty factories and dirty streets. Two years ago, when crossing the border from Canada back into Detroit, my family and I commented on the dramatic change in scenery that occurs when crossing this small border. On one side of the border, the streets are immaculate and bright with blues and greens, there are ongoing construction projects, and polite signs telling drivers to, “pull over and take a nap.” On the other side in Detroit, it seemed to me that almost everything was grey and brown. Many of the people crossing the street appeared to be living in poverty.

An article by economyincrisis.org comments that the city looks, “war-torn,” partially thanks to the fact that, “American automakers shipped their jobs to Canada and Mexico.” While Detroit could use economic assistance in its transportation, educational and architectural sectors, what the city really needs is jobs. Perhaps one place that these jobs could come from could be foreign aid.

USAID has lost funding since 2009. While a loss in funding is always an issue, USAID was already understaffed in 2009.

Foreign aid is shown to boost the United States’ economy and create jobs, so why is the countries aid organization losing funding?

USAID is one source of potential in the U.S. job market. If USAID were better funded, it would have the ability to create more jobs and expand in order to have locations to manage and contain those jobs. One city that could perhaps become a place of USAID expansion could be Detroit. In addition, USAID works with many partner organizations in order to help people abroad. If USAID had the economic ability to utilize these partners more often, then the partner organizations would expand as well. This leaves yet another avenue open for expansion into Detroit, or at the very least providing some of the unemployed people there with jobs.

Detroit had an unemployment rate of 24.8 percent in 2010, according to the Bureau of Labor Statistics.

While USAID expansion could in itself be at least a partial solution to the Detroit job crisis, sending more aid abroad will also be a great solution. AIPAC.org says that “by law, nearly all of U.S. assistance must be spent on American-produced items.” If the U.S. sends more aid, then it will have to open up factories in order to create projects to keep up with the increase in aid. As the aid brings greater numbers of people out of poverty, these aid products will become purchased products.

If more people abroad can afford these products from the United States, then more people will buy them. While these factories may begin as “aid” factories, they will in the end boost the American economy. The United States was once an industrial giant and Detroit was in some ways at the center of the industry.

Perhaps the solution is to return Detroit back to its roots and get the empty “war-torn” factories running again. 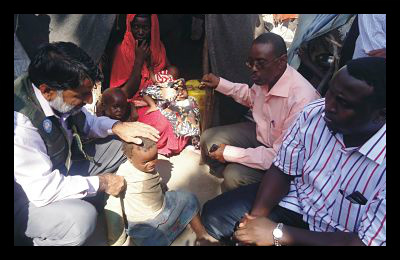 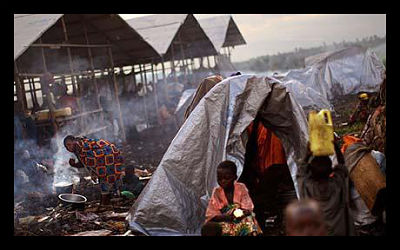 It is difficult to rank poverty into objective levels of better and worse, as though human suffering can be quantified. Are the crowded slums of India, for example, worse than the isolated villages in rural Brazil? Answering the question of where the worst poverty in the world is depends on the factors one considers.

In statistical terms, the Democratic Republic of the Congo earns the dubious distinction of having repeatedly been labelled the world’s poorest country. With a GDP per capita of less than $400 and wracked by instability, the DRC has come to be an all around worst-case scenario. Traveller Giovanni Contadino described his trip to the Congo: “Everyone was very keen to tell me how hard life was, and how much better things must be where I am from… Whenever I pressed people as to why their situation was so difficult, it was always the fault of the fighting.” Contandino also described the lack of infrastructure and the rife corruption in the city, where bribes were an everyday occurrence and politicians expected to live well beyond their means, with no protest from the people.

Many have pointed out the psychological devastation of being among the poorest in the United States. Though it is the richest country in the world, the United States is also plagued by devastating poverty. Affected areas include urban communities like infamous Hunt’s Point in New York City or Detroit, which was labelled the most miserable city in the United States and has lower earnings than any other city and a high crime rate. It is a condition that must be made more intolerable by the knowledge of your countrymen’s affluence as well as living in a culture that thrives on materialism and consumption.

Syrian refugees are undergoing one of the world’s most horrendous crises at the moment, losing homes, belongings, livelihoods, subject to random violence and rampant sexual assaults, forced into underserved communities and robbed of any hope of future security while their country burns around them. The poverty to be found in a refugee camp breeds severe physical and psychological trauma. It would be difficult to look at a refugee and state that their suffering was less profound than that to be found in the Congo, simply because it began more recently.

All poverty is bad poverty. All poverty creates suffering and undermines dignity. To ask if one is worse than the other is an impossible and misguided question with little purpose; the most we should be asking is why there is poverty at all.