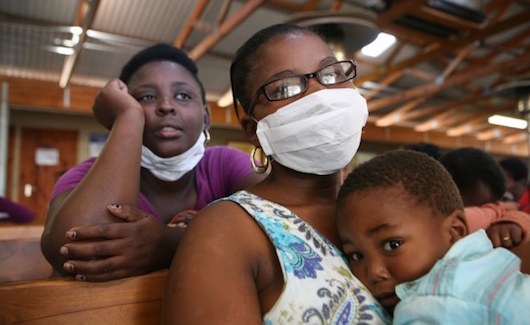 Tuberculosis (TB) is responsible for 4,000 deaths daily, killing more adults around the world than any other infectious disease. Here are some key facts on TB:

Unfortunately, after decades of use, anti-tuberculosis drug resistance is becoming widespread. Disease strains that are resistant to a single anti-TB drug have been documented in every country surveyed by WHO.

Multidrug-resistant tuberculosis (MDR-TB) is a form of TB caused by bacteria that do not respond to Isoniazid and Rifampicin, the two most common anti-TB drugs.

“If we don’t act promptly, if we don’t act now, then the problem of drug-resistant TB will just get worse,” reported Peter Cegielski, team leader for Drug-Resistant TB and Infection Control in the global TB branch at the CDC.

The U.S. Agency for International Development (USAID) reported this year alone more than 480,000 people will develop MDR-TB and fewer than 20 percent will receive the medications they need.

The USAID responded to this global health concern by announcing two new partnerships to add resources and cutting-edge technology to fight drug-resistant tuberculosis.

Janssen, the pharmaceutical arm of Johnson & Johnson, announced a $15 to $20 million pledge to combat MDR-TB. Cepheid, a maker of molecular systems and tests, is also teaming with USAID in an effort to increase access to rapid, accurate diagnostic tools.

“USAID remains committed to addressing the global rise of MDR-TB,” Dr. Ariel Pablos-Méndez, USAID Assistant Administrator for Global Health, said. “With the successful implementation of this plan, we have an incredible opportunity to make a significant impact on the emergence and spread of MDR-TB. We will continue to harness mutually rewarding partnerships, like the ones with Janssen and Cepheid, to lead international efforts against MDR-TB.”

Rats are commonly thought to carry disease, but what if they diagnosed disease instead? In fact, they do. Contrary to popular belief, rats are highly intelligent creatures that can be trained to sniff out specific odors with incredible accuracy. They have already been used in warzones to sniff out landmines; now, a research center in Tanzania has rats detecting tuberculosis in patients’ saliva.

The giant rats being trained are especially successful at distinguishing an affected person’s saliva because they can smell “in stereo,” meaning that with one sniff they can differentiate two different odors. One out of every 100 rat genes is dedicated to their olfactory abilities – in humans, only one of every 1000 genes has to do with our capacity to smell. Rats’ superior noses allow them to diagnose a TB patient in only seven minutes. Diagnosis by human physicians can take all day.

Working to make TB diagnosis easier and more accurate is especially important for low- and middle-income countries, where 95 percent of all TB-related deaths occur. If caught early, TB can be treated with a course of antibiotics. Because TB is a bacterial disease, its symptoms may not present for long periods of time; the bacteria, which are spread through the air when affected individuals cough or sneeze, can lie dormant in the body before they begin to cause more severe symptoms. Because rats use the smell of the bacteria rather than a patient’s symptoms to diagnose TB, they can diagnose patients much earlier than doctors can.

Though the equipment and expertise necessary to train these rats can be somewhat expensive, this method has the potential to save over a million lives and prevent illness in nearly nine million more every year.  Foreign aid could be useful in providing trained rats to health centers in developing countries or assisting in the training of rats abroad.

Seeing rats as agents of health rather than disease is the first step to eliminating TB altogether. By bringing these intelligent animals into our health centers and our hearts, we can prevent the transmission of one of the world’s deadliest diseases.