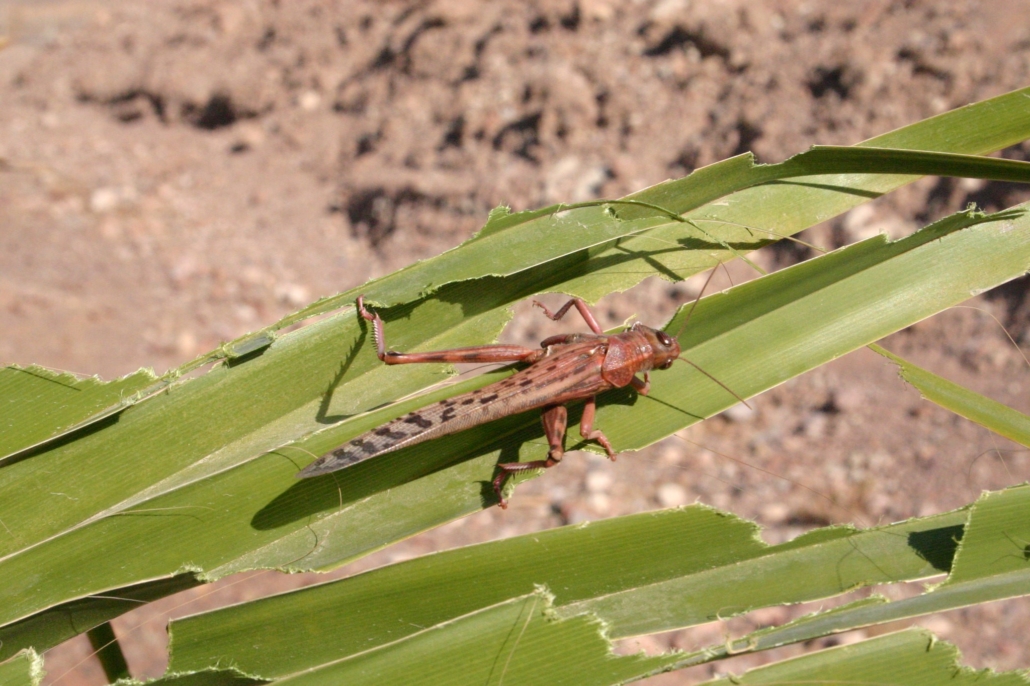 With the rainy season falling upon Africa, a number of countries are rushing to take action against a catastrophic swarm of desert locusts currently in several regions. This swarm might be the most destructive of its kind in 25 years for Ethiopia and Somalia and the worst that has hit Kenya in over 70 years. People can predominantly find the insects in regions across Africa, Asia and the Middle East. They have the ability to eat their own weight in food, which poses a challenge to crop production in arid climates. Rain and planting seasons begin in March, meaning that efforts to contain infestation must happen quickly before the situation becomes too drastic and the locusts impact global poverty too severely.

Read more below for information on what desert locusts are, their impact on global poverty and the preventative measures that affected countries must take in order to address the destruction that will cut across these regions in 2020.

Desert locusts are the oldest and most dangerous migratory pests. They are short-horned insects that are part of the grasshopper species, but they differ in that they have the ability to alter their behavior in order to migrate across large distances. These migrations can easily become highly concentrated and mobile.

These locusts usually travel in swarms, containing up to 40 million insects that can consume enough food for 34 million people in a short period of time. They are able to stay in the air for a long time, meaning that they can regularly cross the Red Sea at a distance of 300 kilometers.

These swarms have already crossed into areas like Uganda, Tanzania and South Sudan. They typically form under heavy rain conditions, where they travel in search of food. Desert locusts are among the most destructive migratory pests because they not only threaten food security but economic and environmental development as well.

People can spray them with pesticides as a control measure, but it is not always preventative. Both humans and birds regularly eat them, but not enough to reduce swarms of a large size. Current environmental conditions that cause frequent droughts, cyclones in the Indian Ocean and floods have created the perfect atmosphere for locusts to breed.

Desert locusts primarily reside in the arid deserts of Africa and near east and southwest Asia and the Middle East. This poses a severe challenge to herders and may potentially cause communal conflict as herders move in search of pastures and other grazing lands.

Desert locusts consume as much food as 20 camels, six elephants or 350,000 people in a day. It is in this way that locusts impact global poverty because with large invasions in east Africa, where 2.5 million people are already facing severe hunger, there is a clear challenge in regards to the global poverty epidemic. The food crisis will deepen and grazing lands will no longer be able to sustain sufficient crop production, which will lead to an even more economic downturn for several African countries.

The quickest vehicle for prevention is spraying pesticides or biopesticides in the air. Natural predators exist, but desert locusts can escape pretty quickly due to their mobility.

The United Nations (U.N.) has publicly called for international aid in alleviating the destruction that will inevitably arise from these swarms. Desert locusts will compromise food security all over Africa, which will, in turn, lead to higher poverty rates as people scramble for food. Its office for the Coordination of Humanitarian Affairs has allocated about $10 million from its Central Emergency Relief Fund. This will help fund aerial operations that can enforce infestation control better.

The Food and Agriculture Organizations of the United Nations (FAO) is currently calling to raise about $76 million from donors and other organizations in order to limit how desert locusts impact global poverty. So far, it has raised approximately $20 million, which is largely from the U.N.’s emergency fund. The numbers should increase as the locusts travel larger distances and spread to more areas.

Desert locust swarms are growing at an exponential rate. Projections determine that they will increase by 500 times in East Africa by June 2020, which invokes even more of a humanitarian crisis as food shortage will impact millions of people.