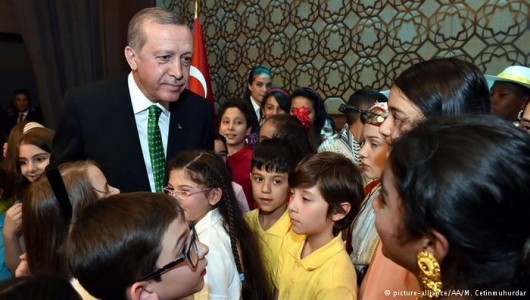 Political conflicts within countries are common. In the U.S., they are sometimes hard to avoid – Obamacare, LGBT rights and everyday disagreements over policy decisions are always being reported on. However, in Turkey this week, a different political conflict is taking place that is affecting the education system there – school closings.

This conflict is taking place over a number of schools founded by Fethullah Gülen, a Muslim cleric and rival of the current president, Recep Tayyip Erdogan. Erdogan passed legislation banning the schools back in 2014 when he was prime minister and his party had a majority in parliament. The legislation was reversed on Monday when the Turkish Supreme Court ruled that it “violated the freedom of education enshrined in the Turkish Constitution.” The legislation passed had ordered the closing of the schools by September 1.

The schools are known as dershanes and are extremely popular within the country. Interestingly, the schools are the main source of money for Gülen’s movement, perhaps pointing to why President Erdogan was interested in banning them. If the legislation had not been struck down by the courts, it surely would have crippled the group financially.

There are about 1.2 million students going to 3,800 dershanes around the country. Most who attend are working towards passing national high school and university exams. Opponents of the original law banning the schools protested that, without them, some of the most disadvantaged children in Turkey would not get the opportunity to prepare for these entrance exams for some of the best and most prestigious universities in the country.

Education has been an issue in Turkey for a while now, especially under President Erdogan who has overseen the conversion of many secular schools into more religion-centered institutions. Some of these schools are being converted into imam-hatips, religious schools. Anywhere between 20 percent to one-third of class hours is devoted to Sunni Islamic study at these schools. President Erdogan has stated that the conversion of schools is a defense against moral decay.

Because of this, the banning of the schools has become both a political issue as well as an equality one. Bahçeşehir University’s Center for Economic and Social Research has found that according to European Union standards, two in three Turkish children live in poverty. The material deprivation rate was recently recorded at 63.5 percent for children between the ages of an infant and 15.

The European Union defines severe material deprivation as a circumstance when a family or household cannot afford to pay their rent and utilities, as well as for food and unexpected expenses. Material deprivation in Turkey varies from region to region, with eastern areas seeing higher rates than those in the west.

The closing of the schools would have only meant that these already deprived children across Turkey would not have enjoyed the same potential access to dershanes that could in turn prepare them for the university entrance exams, only holding them back further. Time will tell whether the reversal of the legislation banning the dershanes will pay off for those children, but perhaps hope has been kindled again.