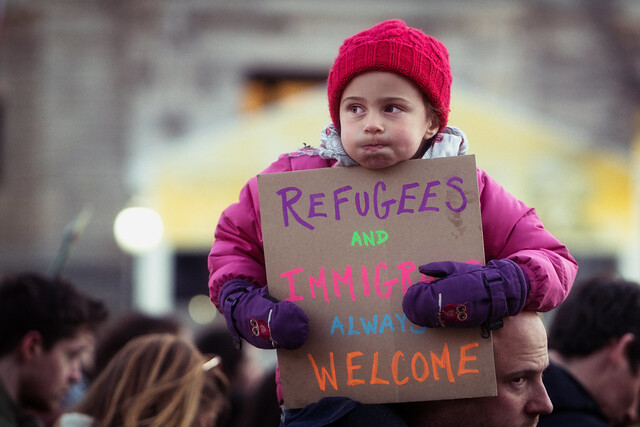 On June 19, 2018, Jerrold Nadler (D-NY), House Judiciary Committee Ranking Member, led over 190 House Democrats in introducing the Keep Families Together Act with the goal of ending family separation at the U.S Border. The Keep Families Together Act is a bill that prevents the Department of Homeland Security (DHS) from taking children away from their parents (with the exception of extraordinary circumstances). Examples of extraordinary circumstances would be terminated parental rights if it’s in the minor’s best interest to be separated or if there are concerns of risk to the child, such as trafficking.

Without the Keep Families Together Act

In Jan. 2019, the Federal Government reported that approximately 3,000 children had been separated from their parents at the southern U.S. border. Due to the Trump administration’s “zero tolerance” immigration policy, this number will only continue to grow unless the Keep Families Together Act passes. Nearly every adult that is caught attempting to cross illegally is prosecuted and nearly every child is taken from their family.

According to the New York Times, because of the absence of a formal tracking system and an influx that started in 2017, the actual number of children separated from their parent, guardian or family is unknown. It is believed that the separation of families is far larger than the administration had originally stated; possibly more than 700 children could have been separated before the announcement of the “zero tolerance” policy.

As far as the treatment of children at the border goes, the parameters were set out in the 1997 Flores Settlement Agreement. The agreement was born from a lawsuit that was “filed in 1985 that challenged the federal government’s treatment, detention and release of immigrant children.” The agreement requires that children be released to a parent, guardian or program. If no such person is available, then the government is required to detain the child in the “least restrictive” setting, but for no more than 20 days.

Later, in a 2016 federal court decision, the Flores agreement would cover children with guardians as well as those without. However, the Trump Administration’s “zero-tolerance” policy has led to the arrest of parents and guardians who are criminally charged at the border, making it impossible to keep the children with their families. As of 2018, a federal court decision ruled that these children must be reunited with their parents.

The Effects of Separating Families

This raises the question, how does being taken away from a parent or guardian affect a minor’s mental health and wellbeing? A minor who is separated from their parents experiences much more than just discomfort and stress. Children endure extreme psychological stress and lack vital emotional support. Having no foundation from a loved one or guardian during such a vulnerable time could lead to significant anxiety, depression, traumatic stress and many other disorders.

Families are fleeing to the U.S. for refuge, but they face danger on their journey as well as at the border. Without the Keep Families Together Act, parents, guardians and loved ones will continue to be separated from their children. Instead of harvesting a harsh environment for families running from danger, the Keep Families Together Act would be in place to help create safety and asylum for those in need.