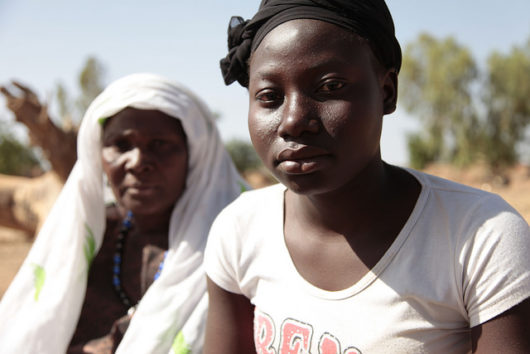 Dengue is a viral infection transmitted by the Aedes Aegypti and Aedes Albopictus female mosquitos. There are four different types of the virus currently known as DENV-1, DENV-2, DENV-3 and DENV-4.

Almost half of the people infected with dengue exhibit no specific symptoms, especially since the virus causes flu-like symptoms such as high fever and muscle pain. When left untreated, these symptoms progress to the deadly dengue hemorrhagic fever and cause vomiting, abdominal pain, uncontrolled bleeding, convulsions and circulatory system failure. Dengue is diagnosed by serological or molecular tests. Early and accurate diagnosis is crucial to saving lives and preventing the progression of the infection.

As in most tropical regions with prolonged rainy seasons, the climate of Burkina Faso makes it an optimal breeding ground for mosquitos. Dengue is considered an endemic illness. In recent years, the country has faced outbreaks of this disease in 2016 and 2017. In 2016, there were almost 2,000 suspected cases with 86 percent of cases concentrated in the central region of the country. In the 2017 outbreak, the number of suspected cases jumped to almost 7,000 with 64 percent of infections, again, concentrated in the central region.

The central region of Burkina Faso includes the capital city of Ouagadougou. Ouagadougou’s rapid urbanization over the last 30 years has contributed to increased cases of dengue fever in Burkina Faso. From 2000 to 2010, the city’s population grew from 800,000 to 1.9 million. This growth is expected to rise by 81 percent to a staggering population of 3.4 million by 2020.

Increased migration to Ouagadougou from rural regions and nearby countries led to spontaneous settlements uncontrolled by the authorities. Between 2004 and 2009, unplanned residential areas grew by 60 percent. These settlements are prone to overcrowding and poor sanitation infrastructure. Stagnant water from the rainy season also makes the settlements more susceptible to mosquitos and dengue.

During both the 2016 and 2017 outbreaks, the Burkina Faso Ministry of Health declared a state of emergency that allowed for assistance from The Alliance for International Medical Action (ALIMA) and World Health Organization (WHO).

In 2016, ALIMA provided 2,100 Rapid Diagnosis Tests (RDTs) to help doctors to accurately diagnose dengue and begin surveillance of the outbreak. The more widespread outbreak of 2017 required a greater response from WHO. The organization provided 15,000 RDTs and 1,500 insecticidal nets to hospitals. WHO also trained 5,500 community volunteers that worked to destroy mosquito-breeding sites in Ouagadougou. These interventions allowed for the slow decline of cases and the continued spread of dengue infections.

Future of Dengue in Burkina Faso

In both outbreak years mentioned above, the financial burden of the outbreak response was shouldered by WHO and ALIMA. The Ministry of Health has identified the importance of strengthening the health care surveillance system so that there are early warnings of future outbreaks of dengue fever in the country.

Vector control methods such as the destruction of mosquito-breeding sites and proper sanitation infrastructure in susceptible areas of Ouagadougou are necessary to prevent continued outbreaks. Finally, early and accurate diagnosis of dengue will save lives through timely treatment and medication.

These targets are the core focus of the Integrated Research Program for the Control of Dengue Fever in Burkina Faso. This program began in 2015 as a five-year collaborative research effort between medical schools in Ouagadougou and Japan. The Japanese Agency for Medical Research and Development plans to invest more than $650 thousand each year to reach the targets by 2020.

As of September 2017, the research program has developed a new detection device that allows for easy virus inspection of mosquitos. This technology will assist detect potential infections and avoid outbreaks. The program is currently working to develop a strategy to limit the replication of dengue in mosquitos which will also help to prevent outbreaks.

The dengue fever has been a very serious problem in Burkina Faso in the past years. The joint effort of various nongovernmental organizations and the country’s government has helped eliminate the crisis in the past two virus outbreaks. This effort will help change the future of dengue fever in Burkina Faso and allow the country to equip itself to properly respond to any new potential outbreaks.