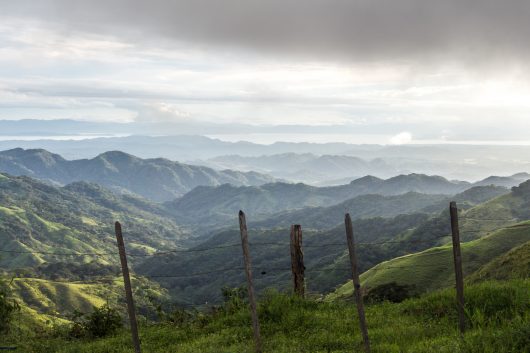 Migrating to Costa Rica from Panama for economic opportunities, many indigenous people are experiencing the consequences of lacking a state ID, specifically the Ngäbe-Buglé people of remote Costa Rica. Originally from Panama, many Ngäbe-Buglé have moved to Costa Rica in search of work, often as coffee farmers. The farmers and their families are deprived of any national healthcare as well as the opportunity to seek a secondary education without a valid ID.

For many, the lack of healthcare leads to preventable deaths. According to the United Nations High Commissioner for Refugees (UNHCR), an expectant mother, 23-year-old Teresa, suffered from leukemia that went undiagnosed because she lacked access to a medical center. Teresa soon found it difficult to walk and experienced frequent fainting.

However, thanks to the registration drive in Costa Rica by the Costa Rican and Panamanian Civil Registry Office, supported by the UNHCR, Teresa and the Ngäbe-Buglé people are receiving assistance with state registration, giving them access to hospitals and much-needed treatment.

For Teresa, this project saved her life as well as her baby’s. “I was fainting and I couldn’t even walk … They came to the house and helped me with the paperwork,” Teresa said, according to UNHCR. After becoming a citizen and being admitted to a hospital, Teresa received a bone marrow transplant as well as chemotherapy.

The outreach program, the Chiriticos Project, travels door-to-door, primarily targeting the Ngäbe-Buglé people during the harvesting season. The reason many Ngäbe-Buglé adults fail to obtain an ID is because they are unaware of the required steps and paperwork.

Often traveling by motorcycle or even on foot, the outreach workers aim to bridge the gap by guiding them through the process. According to UNHCR, about 15,000 Ngäbe-Buglé travel from Panama to Costa Rica without an ID. However, more than 3,600 people have received assistance with registering for an ID since 2014 thanks to the Chiriticos Project.

Chiriticos experience immense deprivation of opportunity in life. Parents often fail to register their child’s birth, making obtaining a birth certificate an overwhelming and nearly impossible feat later in life. Without a birth certificate, children are denied access to secondary schools and forced to return to farming, trapping them in an inescapable circle.

Another way that the UNHCR supports the registration drive is through its campaign #IBelong, which aims to eliminate statelessness by 2024. The campaign is supported by local authorities and assists indigenous people with obtaining an ID and providing legal aid.

One person who reaped the benefits of the registration drive in Costa Rica is 18-year-old mother Elida Andrade. According to The Costa Rica Star, Andrade’s parents, who moved to Costa Rica from Panama for work, never registered Elida’s birth. The effect of their decision was made clear when Andrade tried to enroll in a secondary school. Without a state ID, the state denied Elida access to grants, pushing the possibility of an advanced education out of reach.

The outreach project restored Andrade’s hope by helping her register for a birth certificate and opening the door to her potential education. “That day was one of the happiest days of my life. I now feel like a real Costa Rican,” Andrade said. She quickly registered her one-year-old son Pablo’s birth to prevent him from facing the same problem later in life.

Andrade, who plans on studying in the medical field, expressed her enthusiasm and appreciation for the registration drive in Costa Rica. “I will be the pride of my parents and my community. In the meantime, I will promote birth registration so that all my people can assert their rights. The future is ours,” Andrade said, according to The Costa Rica Star.

However, according to UNHCR, more than 10 million people worldwide suffer from statelessness. Gaining citizenship is just another step to improve a nation’s most remote and poor areas.