Tag Archive for: Democracy in China 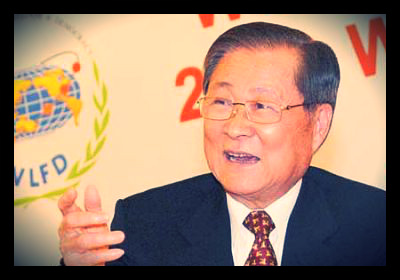 Yao Eng-Chi, President of the Taiwan-based World League for Freedom and Democracy (WLFD,) recently expressed his hope of visiting China this year. His intentions regarding China came about at a celebration for the WLFD’s 60 founding anniversary in Taipei, just one day before Taiwan’s World Freedom day. He plans on democratizing the country via different types of exchanges.

The WLFD is an international non-governmental organization that originally stemmed off of the Anti-Communist League and was initiated by the leaders of the Republic of China on Taiwan, South Korea and the Philippines in 1954. In 1991, it was renamed to adjust to the reality of the global political spectrum and to attract more people to join the causes of freedom and democracy.

The WLFD was originally formed in order to meet the needs of national policies while in an era dedicated to fighting communism. Now it focuses on promoting freedom and democracy in China and throughout the world. They are now a member of the Department of Public Information and Non-Governmental Organizations of the United Nations.

“This book is an authentic report of our past and achievements during these years. Through this book, we would like to let more people understand what we are fighting for and participate in our activities to promote a sense of democracy and freedom in the future. The meaning of this book is not only reflecting back on our history but also looking to the future,” said Eng-Chi at the book release press conference.

Eng-Chi is open to opportunities to lead him to visit mainland China in the near future to advocate for democracy in China. He plans to do this through cross-strait discussion and exchange. His main point is that the system of democracy he supports is from Western countries and uses his country of Taiwan as an example to prove that the foreign system is applicable to Chinese culture.