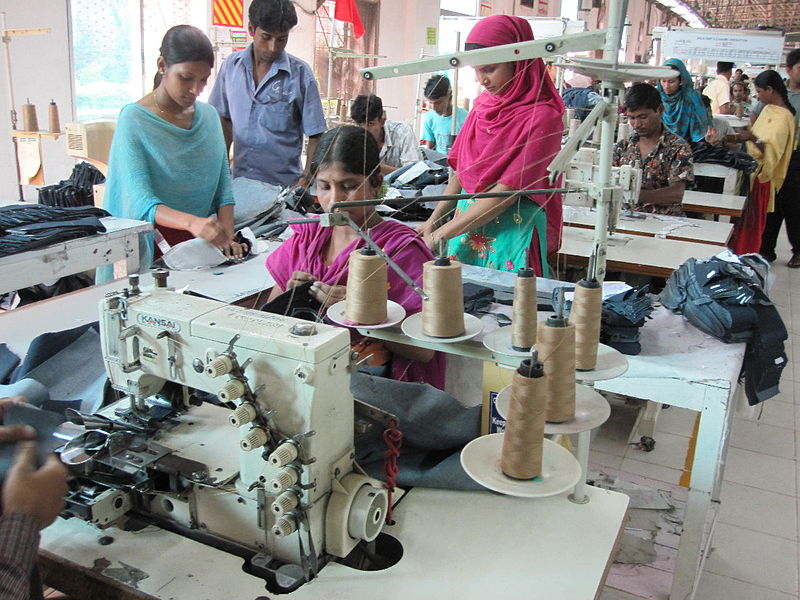 Slow fashion, also called ethical fashion, has become more popular over the last several years. Surveys showed that shoppers were 10% more interested in knowing how manufacturers make their clothes in 2020 than they were two years before. Meanwhile, the surveys showed that around 66% considered sustainability when purchasing products. Slow fashion has countless benefits from alleviating environmental strain to stopping animal cruelty. Also, slow fashion can help end world poverty. By buying ethical fashion, consumers directly aid companies that care about their employees. These shoppers are also opening many new industries within world economies and providing the makers who sew their clothes a better quality of life.

People who desire change in the fashion industry and better working conditions for garment makers have created many ethical fashion brands. These companies seek to spread awareness about harmful working practices. They want to give back to the communities that contribute to their work. They aim to show the public that customers can have beautiful clothes without exploiting people in the process. These brands strive to support garment workers who would, otherwise, be living in poverty.

One brand that recognizes that slow fashion can help end world poverty is Able. The brand started in Ethiopia in 2010 to give women who wanted to leave the sex industry a chance to find work. Since 2018, Able has started a movement called the “Accountable” and published its worker’s wages. The movement aimed to give its customers full transparency and educate the public on what a “living wage” includes and inspire them to demand the same for other brands.

Another example of an ethical fashion brand is Seza’ne. Starting in 2013, Seza’ne’s focus is on “helping the next generation.” This led it to start the nonprofit Demain (meaning “tomorrow” in French) in 2017, which is focusing on improving education access for disadvantaged children worldwide. Partnering with other education charities, Demain has started a monthly program named “The Call of the 21st.” This program includes donating 10% of the profit Seza’ne makes on the 21st of each month to its supported charities. It also ensures that Seza’ne releases a new design each month with the intent of donating 100% of the profit. Demain supported over 30,000 children and has collected over $3 million for its supported charities.

Since ethical fashion pieces are more expensive, customers receive encouragement to buy less. Besides considering the price, the clothes last much longer and thus buyers do not have to replace them as frequently. Buying less helps garment workers because they have less pressure to make more clothing in exploitive working conditions.

A typical fast-fashion brand expects to put out a new fashion line every two weeks. Garment workers often experience inhumane working days, working 11 hours or so with no breaks due to the high demand. To make the clothing cheap for customers, these companies pay their employees very little. Sometimes, they receive as little as 50 cents an hour. This system limits workers to poverty, as they have no time to find other sources of income.

Perhaps it is counterintuitive that buying less clothing could have a positive impact on our economy. However, slow fashion opens up many new industries that do not exist under the fast fashion model, particularly through a system called “circular fashion.” This aims to use and restore clothing for as long as possible.

Because people throw most clothes away when they do not want them or when garments have damage, they lose more than $500 billion every year. Meanwhile, clothing from slow fashion brands tends to last longer and customers can wear them longer, which opens up many new industries to increase a garment’s life. Examples of possible industries include clothing repair, fixing damaged clothing as well as adjusting clothing sizes or altering clothes to fit new trends. Furthermore, one can also partake in clothing resale, selling clothes so people who want sustainable clothing on a smaller budget can purchase them second-hand. Lastly, people can utilize clothing rental, especially in the case of when they will use clothing for a short amount of time such as in the case of formal clothing for children.

Outside of the fashion industry, slow fashion can help end world poverty and boost the economy in the same way other industries can. Giving the people who make clothing a livable wage and helping them rise out of poverty allows them to purchase more U.S./European products.

Slow fashion can help alleviate world poverty because it allows the people behind these brands to continue carrying out their beneficial work. It demands that the people making clothing receive just pay and have safe working conditions. When garment workers obtain support, they are able to have access to resources for themselves and their families.