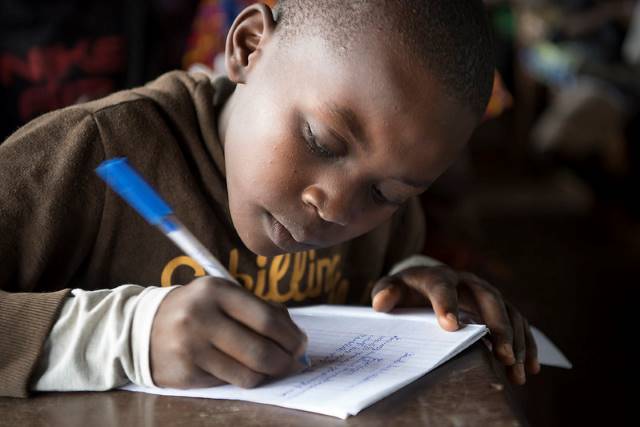 The initiative also ensures clean drinking water for children and gender-separate bathrooms for students. Schools for Africa prioritizes the education of vulnerable students such as orphans, girls and extremely impoverished children. The program knocks down barriers to education, such as scarcity of economic resources, and helps lessen economic gaps throughout Africa.

Other Supporters of Schools for Africa

Organizations such as the Delta Kappa Gamma Society International have supported the Schools for Africa initiative, spreading awareness about the importance of education for children and fundraising for the cause. The Society views its contribution to the program as a critical step in fostering an inclusive and safe atmosphere for children who are particularly vulnerable, such as impoverished children and those without parents.

In 2008, the UNICEF Office for Croatia joined the Schools for Africa program, prioritizing educational improvement in Croatia by working with “kindergartens, schools and centers for education all over Croatia.” Croatia also aims to improve educational access across Africa. The UNICEF Office for Croatia and Croatian communities garnered more than six million Croatian kunas “for the education of children in Rwanda, Ethiopia and Burkina Faso.”

In many African countries, natural disasters, insufficient infrastructure and a lack of professional training for teaching staff contribute to low school attendance for many children. For example, only a third of the teaching staff in Madagascar have adequate training. Furthermore, the Madagascan school attendance rate is exceptionally low in contrast to more developed countries. Now more than ever, it is important to acknowledge the economic inequity that correlates with low school attendance. Supporting the Schools for Africa initiative shows a commitment to reducing poverty in Africa since education and poverty are interlinked.

The Schools for Africa Initiative is now able to reach more than 30 million children. The efforts of the initiative ensure that children possess the skills and knowledge to advance and prosper in their lives ahead. Through education, children are empowered and cycles of poverty are broken.