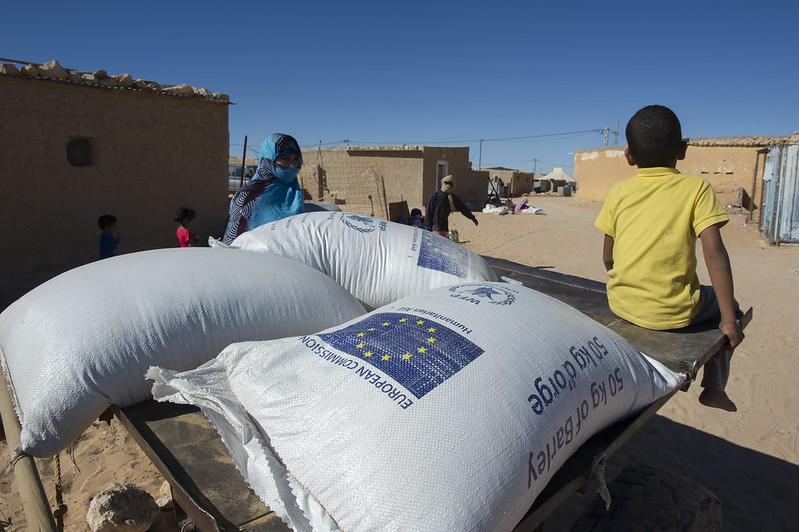 Many activists that believe in decolonizing aid claim that the global aid system has roots in a colonialist framework. This may be the reason humanitarian efforts sometimes manifest unfavorably, in forms like racial inequity. The effort to decolonize aid predominantly means allocating more money, recognition and power to localized efforts and grassroots organizations within affected communities.

Inequities Within Global Development and Aid

Many activists have brought to light the racial disparities within the aid system. Activist Kennedy Odede asserts that in comparison to white-led institutions, limited funding restricts Black founders and their organizations. Odede quotes research that Echoing Green and Bridgespan conducted and says that Black-led organizations have unrestricted net assets that are “76% smaller than their white-led counterparts.” Degan Ali is an African activist and humanitarian leader who believes that the current aid system is rooted in “colonial hierarchies of the past.” As an effect, “the U.N. and international NGOs… who are predominantly Westerners and mostly white people” dominate the global aid.

Governments of the Global South and local communities of color lack representation in the dominating institutions, and thus are largely absent in the decision-making. Odede also points out that these white-led institutions are largely responsible for shaping “the development and social entrepreneurship” of African communities. Ali claims that certain organizations and agencies “monopolizing the spotlight” overshadow the local efforts and responses to crises “that affected communities undertake.” As a result, Odede also quotes that “only 3% of all humanitarian funding goes to local and national NGOs” in Africa.

Colonial Hierarchies and Recipients of Aid

Just as the “colonial hierarchies” within global aid manifest as racial inequity within funding and representation, it can also effectively sustain an image of the “passive recipient” of aid, which is conventionally understood to be lower-income countries in the Global South. Ali and other activists believe that in order to move away from the “passive recipient” image, local communities in the Global South who are the intended recipients of aid must instead receive empowerment as active agents in the development effort. Grassroots organizations and community leaders can surely benefit from the value of being viable delegators of aid, which include making decisions on investment and resource allocation. The involvement of local communities and leaders could improve the effectiveness and efficiency of aid. This is because communities themselves have a better understanding of the kind of aid they might find beneficial.

Grassroots and Localized Organizations in Kenya

Embodying the importance of localization and community-based aid, Degan Ali is one of the many crucial pioneers working to decolonize aid. Ali is the Executive Director of Adeso, a nonprofit NGO based in Kenya that intends to support African communities by providing direct and localized sources for development. Adeso was the first organization to provide Somalia with cash vouchers in 2002 and Ali claims that this decision came from a deep understanding of the local economy and communities’ needs during severe droughts in Somalia.

Kennedy Odede is another humanitarian activist that believes in the importance of community-based change. Odede is the founder and CEO of Kenya’s largest grassroots movement, Shining Hope for Communities (SHOFCO). SHOFCO maintains a focus on Kenya’s urban residents, and it is one grassroots organization that exemplifies the power of localized aid efforts. Through collective action and community organization, SHOFCO directly impacts and empowers 50 impoverished sites in Kenya, including 17 urban slums. The organization developed the SHOFCO Urban Network (SUN) organizing platform which prioritizes community-led development by working closely with local leaders located in every one of their targeted sites in Kenya. Through SUN, the organization was able to provide urban residents with “more than the [Kenyan] government could manage” during the COVID-19 pandemic; this included distributing food relief, masks and sanitizers and “installing hundreds of handwashing stations that reached over 2.5 million people.”

Degan Ali also established a global target of 20% localization, meaning that 20% of all funding provided by humanitarian and foreign aid agencies does directly to local communities. Ali’s advocacy “evolved into the U.N.’s 25% Grand Bargain commitment” in 2016. This agreement was established “between some of the largest donors and humanitarian organizations” and pushed for 25% of all humanitarian funding to be “allocated to local and national responders by 2020.” This commitment, whether explicitly intentional or not, acts as part of the effort to decolonize aid by furthering the localization agenda.

Signatories (donors and organizations) include “25 Member States, 23 NGOs, 12 U.N. agencies, two Red Cross movements and two inter-governmental organizations.” In 2020, 13 out of the 63 signatories “allocated 25% or more of their humanitarian funds to national/local responders as directly as possible.” A new structure for a Grand Bargain 2.0 was finalized in 2021 and claims to uphold two priorities when addressing humanitarian aid. One of the main priorities includes providing “greater support… for the leadership, delivery and capacity of local responders and the participation of affected communities.”

Many activists and grassroots organizations are working towards a better, more equitable solution to humanitarian aid – one that involves greater funding and support for localized efforts. The activists are hoping to promote a new system that coincides with a global movement to decolonize aid. Decolonizing aid through localization has the ability to better tackle poverty and other crises by fostering greater autonomy within communities and directly addressing their preferred needs.