Tag Archive for: Deforestation in Uganda 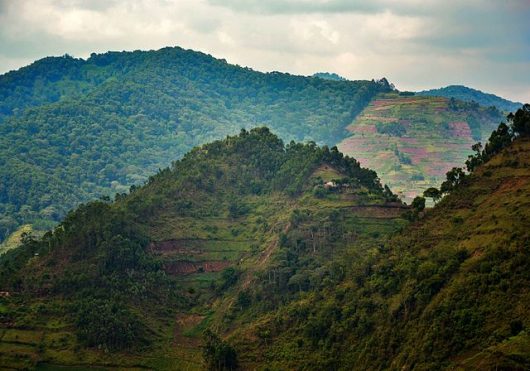 Deforestation is the second highest cause of carbon emissions from human activity next to burning fossil fuels. According to the World Wildlife Foundation, on average between “46 and 58 thousand square miles of forest are lost each year—equivalent to 48 football fields every minute.” When trees are cut down, the amount of carbon dioxide being absorbed from the atmosphere decreases drastically. Efforts to curb deforestation practices in developing countries through stipends to farmers has proven to be both a cost-effective way to address climate change and provide people in rural areas an additional form of income.

From 2010 to 2013, the Innovation for Poverty Action (IPA) conducted a study surrounding deforestation in Uganda, a country with extremely high rates of such, to test the usefulness of paying farmers annually for their active conservation of forested land. According to the IPA, from 2000 to 2010 Uganda lost forest at a rate of 2.6 percent annually, the third highest rate in the world. This not only contributes to rising carbon dioxide levels in the atmosphere but endangers animals such as chimpanzees and reduces protection from rain-forest flooding.

Taking place in areas of western Uganda, a predominantly rural zone, the IPA program targeted land owners of forested areas who decide whether or not to cut down trees to plant crops. The program entitled payments for ecosystem services (PES) “offered owners of forested land a contract under which they could receive annual payments of 70,000 Ugandan shillings (equivalent to $28) per hectare for conserving forested land,” according to the report. Owners could also receive additional payment for planting new trees on already deforested areas.

Despite the low number of landowners who agreed to the contract–only 32 percent–they earned on average an additional $113 for avoiding deforestation and planting new seeds. The program’s results found owners more actively engaged in patrolling their land as well as had a significant decrease in deforestation in Uganda. Compared to an average loss of 9.1 percent of forests in villages where the program was not enacted, villages that participated in the program lost on average 4.2 percent of their forest, a significant decrease.

The findings of the study equated to “delaying 3,000 metric tons of carbon dioxide per village from being released into the atmosphere” through curbing deforestation in Uganda. The PES program proved successful and cost-effective, having both a positive impact on reduced carbon emissions and land-owning households.

According to the World Wildlife Foundation, “1.6 billion people rely on benefits forests offer, including food, fresh water, clothing, traditional medicine and shelter.” Efforts to curb deforestation in countries like Uganda are vital for the survival of the world’s forests.