Tag Archive for: Definition of Poverty 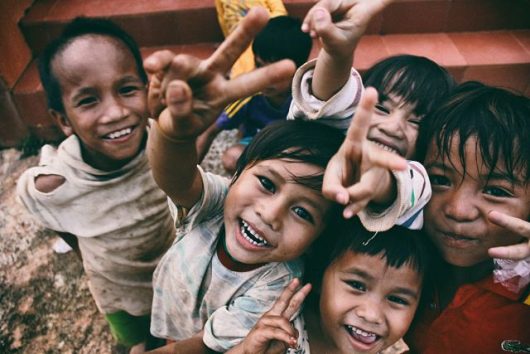 The task of defining poverty, multidimensional and complex, requires an evaluation of factors relating to a person’s access to basic human necessities. ‘Poverty’ is a widely interpreted term, and attempting to create a universal, encompassing definition remains a topic of debate for many leading experts in the field.

What is poverty? Poverty is not knowing where your next meal will come from, or if there will be the next meal. Poverty is a lack of education, not knowing how to read or write. Poverty is being sick and not having access to medical care, or knowing that your child will likely die due to lack of medication and proper treatment. Poverty is being unemployed, fearing what comes next and fearing the future.

Poverty’s many faces rear their heads in every aspect of life. Poverty is something from which one yearns to escape, and the range of experiences with poverty vary by location and place in time.

For these reasons, The Borgen Project’s approach to advocating for the global poor delves into wide-ranging topics from many different angles. Pervasive and convoluted, poverty affects people on more than an economic level. Lack of income and infrastructure in a nation leads to insufficient medical care, education, nutrition and other quality of life deficits.

Poverty also functions as a cycle and continues generationally. Once an individual, family or community falls below a level of resource-access, events continue like dominoes to perpetuate their situation: “progressively lower levels of education and training leading to lack of employment opportunities, leading to criminal activity for survival, leading to addiction, shattered health, early death, and breakup of family, leading to even bleaker future for the next generation…. and so on.”

Someone, or something, must intervene and structurally change the systems to interrupt the cyclical nature of poverty. The common phrase perpetuated by American Dream ideology of “pulling yourself up by your bootstraps” is impossible when institutional structures ingrained in many societies prohibit those caught in this cycle from breaking out.

Many U.S. citizens criticize provision of foreign aid, arguing that there are impoverished citizens within the U.S. that deserve support more than those abroad. This argument is valid; however, many Americans believe that 20 percent of the U.S. budget goes to foreign aid, which is blatantly false.

In fact, less than 1 percent goes to help the global poor, which is far less than many countries contribute. In addition, helping the world’s impoverished strengthens global stability and improves trade, which, in turn, benefits Americans. Poverty is relative; an American living in Appalachia who has classified as impoverished lives a much different lifestyle than one living in rural Romania in a hut without running water, electricity or access to nutritious food.

The fact that poverty exists and permeates groups so deeply is a call to action for every single person across the globe.  It is the reason that advocacy organizations like The Borgen Project exist: so that one day, hopefully in the near future, every citizen of this planet will have access to basic necessities like having enough to eat, a roof over their heads, a place to learn, healthcare, protection from violent conflict and a voice that is heard in their communities.

We can change the world for the better. A few small actions can cause waves of difference that will reshape the lives of many, and this influential process starts by calling on the U.S. government to change their foreign policy and provide more aid to countries with severe poverty. Calling and emailing your representatives may seem intimidating, but it is easier than you think.

Asking governmental officials to support bills like the International Affairs Budget, the Global Food Security Reauthorization Act, the Build Act and the Food for Peace Modernization Act can have an enormous impact. Phone calls and emails from constituents are simple, small actions that do make a difference. Contact Congress and make a difference to fight poverty today.