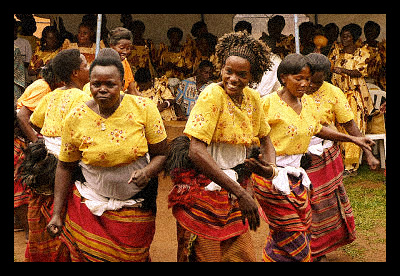 Uganda shares many of the same struggles most African countries have, including defilement. The Guardian states that defilement is a, “sex crime against juveniles that seems to thrive on widespread poverty.” Because of the poverty, many reported cases of defilement are dropped because parents are paid off with large sums of money so the defendant won’t face imprisonment.

Girls have to endure this abuse and so much more. Young girls are married off and have no control over who they marry, when they marry them and when they will begin birthing children. Wanting to put an end to this inequality, Ugandan Nargis Shirzai founded the Wo-man Foundation.

The Wo-man Foundation was created to empower women and girls of Uganda, “by working to improve their sexual and reproductive health and rights,” Global Citizen reports. One of the campaigns the foundation is initiating is providing girls with sexual and reproductive classes and providing girls with sanitary pads so that girls do not miss class because of their menstrual cycle and a lack of sanitization. When girls can stay in school, they’re more likely to graduate, marry later in life, survive pregnancy, and continue the trend of education.

Partnered with AFRIpads, Ugandan girls in rural areas who typically have to use rags or paper, now have access to reusable sanitary pads.

In addition to classes and providing sanitation, Shirzai intends to hold the government accountable to its commitments of FP2020, which will supply citizens with necessary supplies for family planning, increase the budget from $3 million to $5 in the next five years and be accountable for financial distribution. Holding to these promises will likely prove a vast improvement to the health and well-being of the country.