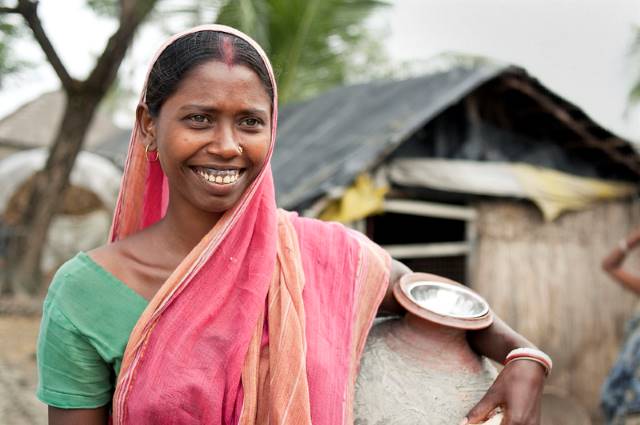 India has made strides in improving rates of malnutrition and undernutrition. Still, the country continues to hold one of the highest child undernutrition rates in the world, which affects children’s health and development, school performance and productivity as adults. Almost four out of 10 children do not meet their full potential because of stunted growth or undernutrition. India shares 25% of the global hunger burden with close to 195 million people who are undernourished. Inadequate food security results in malnourished mothers whose babies suffer from low birth weight. In addition, land degradation, climate change and shrinking biodiversity present new challenges for farmers and food security. Large tracts of farmlands have become barren because of the overuse of one type of fertilizer. Poor soil and improper farming methods result in less food availability, causing hunger and poverty. With support from organizations, agriculture and food security can be improved to fight poverty in India.

A grassroots organization is working to fight food insecurity and poverty in India. Founded in 1983 in the Sangareddy district of Telangana, the Deccan Development Society works in 75 villages with around 5,000 “untouchable” women members. Its members represent the most destitute people in the community. The group has encouraged women to adopt millet-based agrobiodiverse farming approaches and market strategies that address malnutrition, food insecurity and poverty in the area. In its initial 10 years, the Society generated more than one million employment days for women, thereby directly reducing poverty in India. In the past 25 years, it has helped more than 2,700 women reclaim their farmlands.

To address the limited water supply and poor soil quality, the Deccan Development Society helps its members to gain control over farming, seeds and the markets for their products. The Society has formed a processing unit for millet and also a seed bank as well as outlets for farm product sales. These avenues provide a powerful network of support for the farmers. More than 5,000 women have now adopted biodiverse millet-based farming, which combats food insecurity, malnutrition and poverty in India.

These days, many farmers are seeking profitable crops, using chemical fertilizers and buying market seeds rather than using organic practices and growing their own seeds. This causes the soil’s fertility to deteriorate, which leads to spending more money on enriching the soil in the future. The women farmers instead have been saving their seeds and they use organic methods with no investment involved — a more ecological and financially sound program that results in less expensive and more healthy food for their families. The women have enhanced the productivity of more than 3,500 acres of marginal or fallow land, to grow more than a million kilograms of extra sorghum per year. This activity has let them produce nearly 1,000 extra meals per family annually. These practices are not only ecologically correct but also help to reduce poverty and increase nutritional security in India.

In 2019, the Deccan Development Society was awarded the Equator Prize for its work in eco-agriculture and food security. In February 2021, the Society held its 21st Mobile Biodiversity Festival at Machnoor, Jharasangham Mandal. The event celebrated the efforts of women farmers in improving agriculture, food security and nutrition. The festival featured traditional agricultural practices and showed how certain practices can help solve the problem of nutritional security and fight poverty in India.