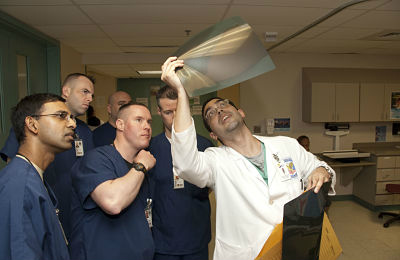 The human rights of Puerto Ricans have been radically affected as the U.S. government works with Commonwealth officials to manage and reduce the debt crisis in Puerto Rico. Essential public services including healthcare, education, social security and basic necessities of food and housing have been undermined as further spending cuts were made in an attempt to recover the economy.

After being in an economic recession for nearly a decade, Puerto Rico relinquished control of its finances after filing for bankruptcy in May 2017. The lack of protection under Chapter Nine bankruptcy leaves the government in Puerto Rico with fewer means to restructure debt. With their inalienable right to self-determination in jeopardy, citizens of Puerto Rico faced the opportunity to claim equal rights as U.S. citizens by voting for statehood, according to Governor Ricardo Rosselló. With only 23 percent of eligible voters casting ballots on June 11, the quest for financial relief and development remains in the hands of the U.S. Congress.

Puerto Rico is a U.S. territory with its own constitution and government. Island residents elect a governor and members to the island’s legislature, but they may not vote in the U.S. general election for president and they do not have a voting member of Congress. Becoming the fifty-first state would allow the island access to bankruptcy protection, although many still oppose statehood.

The financial crisis is also deteriorating human rights in Puerto Rico in terms of health care. Low-income citizens are currently only able to access healthcare through Affordable Care Act funds, which are nearly exhausted. With these funds running out, Puerto Rico could use all of its Medicaid funding, plunging the island into a health crisis, and putting healthcare for the poor and elderly in danger.

Among the 400,000 people who have left for the mainland since 2004 are doctors and physicians, primarily for economic opportunities. Puerto Rican residents have lower household incomes and higher child poverty rates than those living in the U.S. With an increasing number of hospital closures, Puerto Ricans are at risk of losing access to healthcare services.

Basic necessities such as the right to adequate food and housing are slipping out of financial reach in Puerto Rico. The cost of living on the island is high, with grocery products 21 percent higher than the U.S. average. According to the Bureau of Labor Statistics, the unemployment rate in Puerto Rico is 11 percent, and with 45 percent of residents below the line of poverty, adequate housing has become increasingly difficult to pay for.

Juan Pablo Bohoslavsky, an independent expert on the effects of foreign debt on human rights, said, “Schools are paying a significant amount of their funds to provide school children at least with one decent meal.” The right to education has been steadily declining in Puerto Rico, with 150 schools being closed and an anticipated 600 due to close within the next five years.

Whether the island becomes a state or a nation, one thing is clear: financial reform measures must ensure that human rights in Puerto Rico are protected.

For the second time in 13 years, and the eighth time in its national history, Argentina is defaulting on internationally held bond payments. The default has been accompanied by negotiations in New York between Argentina’s economy minister, Axel Kicillof, and U.S. bond holders, raising considerable disagreement concerning hedge funds, external bonds and what the word “default” actually means.

No agreement has yet been reached, and the Republic of Argentina is now considered to be in selective default, having failed to pay interest on some of its debt.

Attorney Daniel Pollack, the court-appointed mediator during the proceedings in New York, outlines what this means for the various parties involved:

“Default is not a mere ‘technical’ condition, but rather a real and painful event that will hurt real people: these include all ordinary Argentine citizens, the exchange bondholders (who will not receive their interest) and the holdouts (who will not receive payment of the judgments they obtained in court).”

Pollack goes on to observe that “the full consequences of default are not predictable, but they certainly are not positive.”

These economic decisions made by South America’s third largest country certainly have noticeable effects on the pockets of its citizenry.

Argentina’s 2001 default involving $95 billion worth of failed payments on internationally-held debt triggered a nationwide recession and sparked deadly violence. It was during this period of economic hardship that cartoneros started filling the streets of Argentina’s cities.

The cartoneros spend their days pulling large carts through city streets, collecting paper, cardboard, glass and other recyclable materials. Each evening they exchange their harvest at a wholesaler, receiving 6 pesos, equal to about 75 cents, for every 10 kilograms of material they collect.

The cartoneros have become a symbol of economic crisis in Argentina. Their presence is a reminder that the country’s national debt crisis does have consequences for its citizens – in the case of Argentina, financial blows over the past two decades have cast many middle class families into poverty and made life even harder for those already struggling to make ends meet.