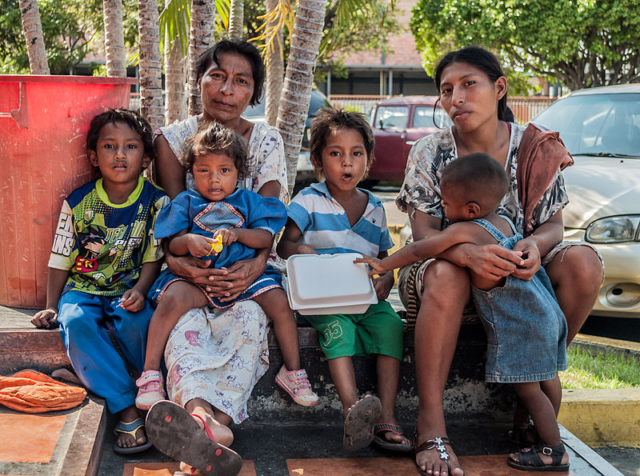 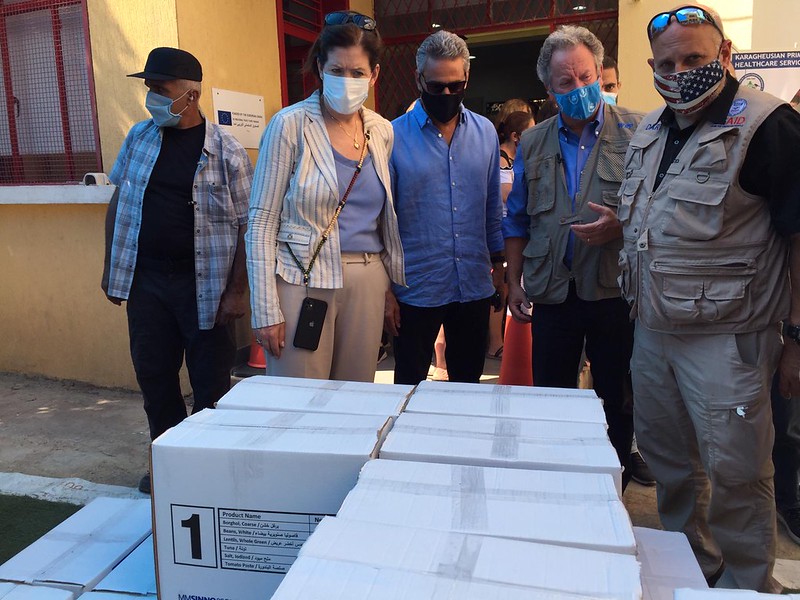 A United Nations General Assembly meeting took place on December 4, 2020. Its primary focus concerned the trajectory of the COVID-19 pandemic as precautionary measures continued and vaccines emerged. With 2020 nearly over, the resounding political, social and economic effects of the pandemic began to materialize. But all did not disappear despite the grim outlook. A handful of humanitarian organizations are busy strategizing solutions for 2021.

The last few months of 2020 showed the world that the pandemic is just the beginning. The disease itself constitutes merely one of a myriad of societal problems that a pandemic can bring. COVID-19 has had an unpredictable ripple effect. PPE loans in the United States, damaged food supply chains in Africa and the closings of borders all over the world demonstrate the pandemic’s extent.

Earlier in December 2020, before the General Assembly meeting, the UN estimated that the pandemic, the resulting economic impact and the concurrent precautionary and protective measures that governments were taking had already caused a 40% rise in the number of people in need of humanitarian assistance. What may be the most evident incoming challenge is global famine. David Beasley, chief of the World Food Programme (WFP), warned that famines “of biblical proportions” are imminent for dozens of countries.

David Beasley spoke at length at the General Assembly meeting. His prediction for a catastrophe in 2021 made headlines and effectively set the tone for the entirety of the 193-nation conference. The upcoming COVID-19 vaccines constituted a positive note, though greater concerns regarding distribution overshadowed them. Speakers at the meeting warned against a stampede for vaccines that could result in wealthier countries crushing others in the race to eradicate COVID-19. While the pandemic is global, the UN fears that the fight against it may become individualistic and needlessly competitive.

The head of the World Health Organization (WHO), Tedros Adhanom Ghebreyesus, echoed fears of the COVID-19 vaccine competition. He called for $4.3 billion USD to go into a global vaccine-sharing program, saying “solutions must be shared equitably as global public goods.”

Despite the dire circumstances, Beasley and his organization have the leverage to play a crucial role in manifesting solutions for 2021. The World Food Programme works as more than just an international food bank: it enjoys the global spotlight after winning the 2020 Nobel Peace Prize for “bettering conditions for peace in conflict-affected areas and for acting as a driving force to prevent the use of hunger as a weapon of war and conflict.”

The achievements that landed the World Food Programme this coveted prize also provided some positivity at the December conference. The General Assembly served as the WFP’s proverbial megaphone to world leaders. Thanks to the publicity surrounding the meeting, the WFP could grab the world’s attention.

As COVID-19 continues to rise and economies across the world take a resounding hit, humanitarian budgets stretching thin. Low- and middle-income countries particularly suffer. Beasley predicts that the WFP needs $15 billion in 2021 to address the global famine conditions that the pandemic has caused. Beasley says that the inability to meet leaders or address parliaments in person may hinder fundraising efforts. It will be difficult to sensitize those in charge of financial allocations.

Nonetheless, the World Food Programme and similar organizations are working tirelessly to raise money and create frameworks for solutions to the pandemic and its concurrent issues. Events as routine as a UN General Assembly meeting have provided the podia necessary for titans of humanitarian aid to make their causes known. With any luck, their solutions for 2021 will keep millions afloat. 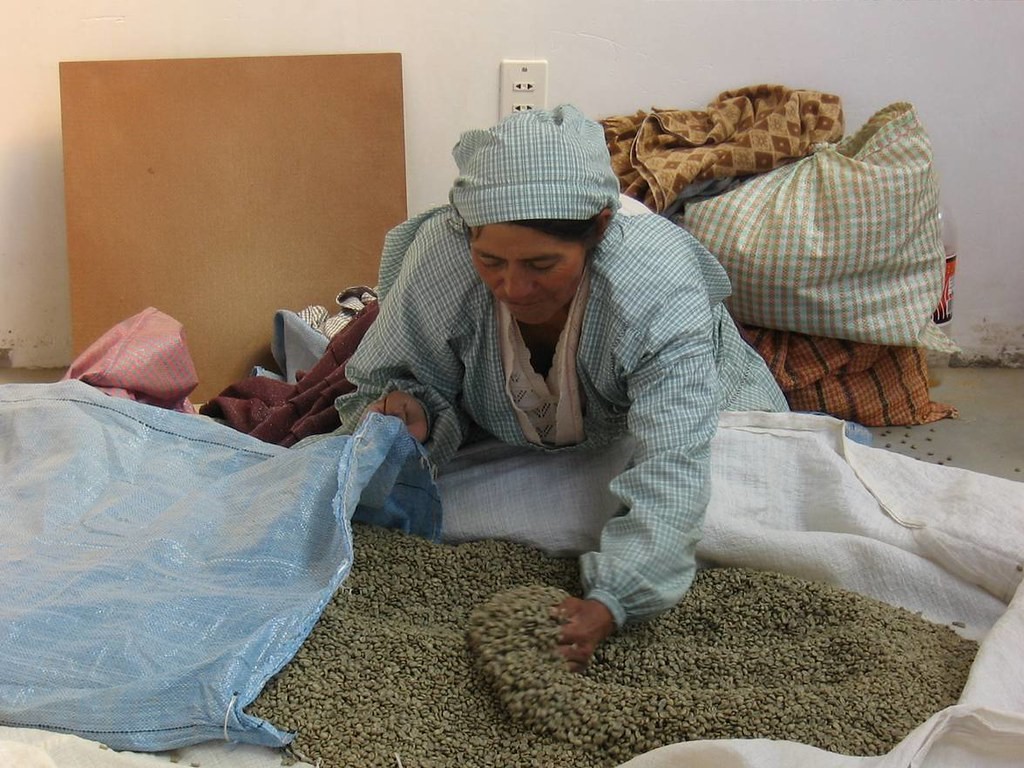 As part of an initiative, ECLAC and FAO suggest 10 measures to prevent a hunger crisis in both Latin America and the Caribbean. They are as follows:

As food systems weaken and unemployment increases, domestic food prices rise and people resort to purchasing cheaper, less nutritional options. The most vulnerable populations are the Small Island Developing States (SIDS) of the Caribbean, the Dry Corridor in Central America, Haiti and Venezuela.

The Caribbean depends heavily on food imports from the United States and the United Kingdom. The area is also at high risk of supply chain disruption and impacts from hurricane season. The ports in the Dominican Republic did not reopen until a month after Hurricane Maria, a category 5 storm, devastated the island in 2017. Anticipating the season in 2020, organizations are subject to balancing the impacts of storms and maintaining measures against COVID-19.

The pandemic has also placed a strain on tourism in the Caribbean islands as travelers from all around the world had to cancel their trips due to government-issued orders. The Bahamas alone generates 75% to 80% of its GDP from tourism. These small island economies that often find themselves at odds against natural disasters face a decline in tourism by 60% to 70% between April and December.

The Situation with Remittances

Mexico and Central America face high extreme poverty, and undernourishment, especially among decreases in remittances. El Salvador, Guatemala and Honduras are small countries with economies that rely on remittances. In 2016, the remittances that Salvadoreans received amounted to about 17% of the country’s GDP. During the worst of the pandemic, those countries suffered the most as people lost jobs globally, especially the U.S. where people send most remittances from. These countries are also at risk of border closures during the pandemic which is an obstacle for imports and exports.

South America has a high proportion of poor, indigenous farming families who are already at a disadvantage from COVID-19, lacking proper treatment and medical equipment. In Peru, the country with the fifth-highest number of coronavirus cases, millions are struggling with food security. About 20% of the population lived in poverty and survived through informal employment before the pandemic. Now struggling to find work and afford food, many are going days without food or relying on “community pots” for food.

The global pandemic and hunger crisis in Latin America and the Caribbean could have serious implications if ignored. With a widespread hunger crisis, the world could experience “increased social unrest and protests, a rise in migration, deepening conflict and widespread under-nutrition,” said the U.N. World Food Program’s executive director, David Beasley.

Understanding the severity of this situation, it is imperative to pass legislation aimed at protecting the International Affairs Budget and increase international funding in the next emergency supplemental. With no end to the COVID-19 pandemic in the near future, the most vulnerable populations need guaranteed access to food.

The ECLAC and FAO’s initiative and their 10 measures are crucial points in preventing a hunger crisis in Latin America and the Caribbean. The pandemic may have set these nations back, but the fight is not over. In fact, 83.4 million people are at risk and their future depends on these measures.