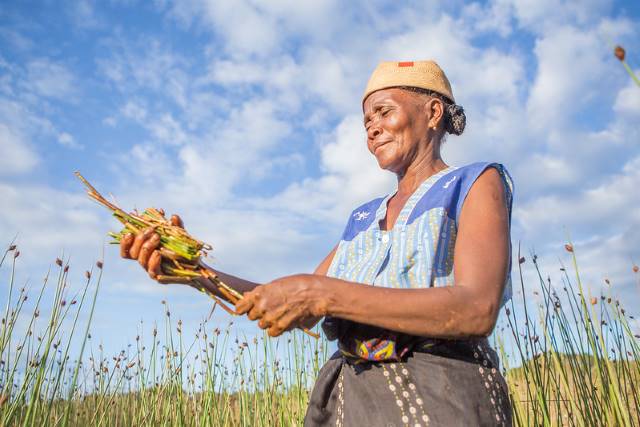 The current drought in Southern Madagascar is the country’s worst since 1981. The food insecurity brought about by the drought has resulted in desperate families resorting to eating insects, ash, clay and even shoe leather. Desperate to fill their bellies, more than one million people are suffering from hunger. Furthermore, 16.5% of children younger than 5 meet the requirements of Global Acute Malnutrition (GAM). Alarmingly, the GAM rate stands at 27% in the Ambovombe district, putting children in life-threatening conditions. Organizations aim to address these conditions, attempting to prevent a potential famine in Southern Madagascar.

The Impacts of Drought in Madagascar

Years of cyclones, soil depletion, locust plagues and a severe drought in Southern Madagascar have killed most crops, including “maize, manioc and beans,” leaving farmers without seeds for plants. The drought has also killed off local livestock.

Some Madagascans have cut down trees to make charcoal, although, this act contributes to aggravated drought conditions. The affected regions of Anosy, Androy and Atsimo-Andrefana are dependent on agriculture, livestock and fishing, which makes them particularly vulnerable to drought and storms.

The COVID-19 pandemic has exacerbated the situation because it has prevented migrant workers from migrating in search of more work, escaping the drought in Southern Madagascar at the same time. The pandemic has also caused rising food prices since it began.

Madagascar is dealing with intensifying dust storms blanketing the region in thick dust and devastating crops. The World Bank predicts that droughts in this already drought-prone region will worsen in the coming years. The situation in Southern Madagascar is unusual because human conflict is not playing a role in the starvation of Madagascans, says David Beasley, World Food Programme chief. According to the Integrated Food Security Phase Classification, Madagascar is the only nation classified as facing a “famine humanitarian catastrophe” that is not involved in conflict.

The United Nations Food and Agriculture Organization (FAO) says it needs $40.4 million to begin agricultural recovery from the drought in Southern Madagascar. A report by the FAO highlights the need for agriculture to move away from plants that need a lot of water, like maize, to plants that need less water, like sorghum. The FAO’s recommendations for recovery include:

The US Assists Madagascar

In June 2021, the United States government invested almost $40 million in the recovery of Southern Madagascar through USAID. The funding will support the efforts of the World Food Programme (WFP), UNICEF and Catholic Relief Services (CRS). Support to the WFP will, from August to October 2021, “provide immediate food assistance for 465,000 people.” Supplementary nutrition to address acute malnutrition will be given to “19,800 pregnant women and new mothers as well as 63,400 children.” This funding will also support CRS in rebuilding wells, among many other efforts.

The United Nations declares that as weather patterns change, nations will face more humanitarian crises similar to the conditions Madagascar is facing now. Societies cannot depend on humanitarian aid to solve the problems of these crises, but must proactively prepare for the ways life on Earth must change in the future. The United Nations makes five specific recommendations:

With the help of the international community, there is hope for Southern Madagascar to rebuild and recover. By implementing the guidelines of the FAO and the United Nations, Madagascar and other countries around the world can better prepare for future challenges.