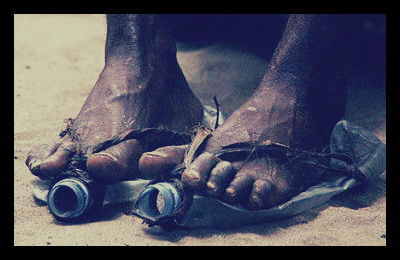 Poverty has been and continues to be one of the defining issues of the modern age. Despite advances in technology, increasing medical knowledge and global interconnectivity, the causes of poverty remain abundant in both developed and developing nations worldwide. Many of the causes of poverty are preventable, but remain dependent on the appropriation of funds and humanitarian efforts. However, understanding the causes of poverty is an essential step in combating its presence.

In a famous 1965 report by Daniel Moynihan, assistant labor secretary under President Johnson, the idea of a culture of poverty was introduced to the general public. That idea was introduced in the context of alarming poverty rates among ethnic minorities in the United States. In the decades that have passed, social scientists have begun to attribute cultural aspects of poverty to enduring trends of systematic oppression and isolation.

This shift in consensus has marked a pivotal turning point in academic discussions of causes of global poverty because poverty is now viewed in the larger framework of society. Similarly, the United Nations poverty-focused Millennium Development Goals now comprise “inclusive growth” ideals.  This is a way of both implying the shared burden of poverty on all members of society and of recognizing the societal factors which allow poverty to exist.

The inclusive growth ideal remains pertinent because that inclusivity would most likely bring about greater access to healthcare services. Insufficient access to these services remains one of the leading causes of poverty. It is estimated that HIV/AIDS kills 6,000 people daily. This is a number that could be drastically reduced with more widespread healthcare access.

Along with lagging health care access, food production has also become a source of poverty. The United Nations has reported that declining soil fertility has been a contributing factor to the 23 percent decrease in food production in the past 25 years. This has coincided with a steep decline in agricultural jobs in developing countries. It is also a product of industrialization and a significant factor in rising food costs. Overall, due to these factors, the causes of global poverty remain widespread and a major concern throughout the world.

Also implicit in the discussion of poverty is the economy. According to the Census Bureau, in the midst of the global financial recession in 2009 the United States poverty rate hit a 15-year high of 44 million people, nearly one in every seven Americans.

In the modern age, humanitarian aid has become directly linked to the standing of global financial institutions. However, it is worth mentioning that the causes of poverty often remain tethered to the events of the past. Fallout from wars and political instability continue to play a role in the proliferation of poverty in underdeveloped countries. Likewise, the effects of past discriminatory practices and legislation have contributed to the cyclical nature of poverty in minority communities.