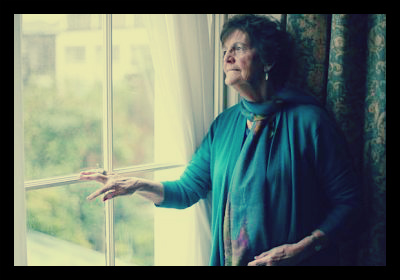 The story of Philomena Lee, an Irish woman forced to give up her son for adoption over 50 years, was the inspiration for an Oscar-nominated film this year. The film, “Philomena,” stars Dame Judi Dench and depicts Lee’s search for her son that leads her to the United States.

On January 24, Lee launched the Philomena Project in Dublin, Ireland to campaign for the release of over 60,000 adoption files currently in the possession of the state, churches and private agencies. In Ireland, adoption was sometimes forced on unmarried mothers and neither child nor mother was given information on the identity or whereabouts of the other.

Lee was single and pregnant at the age of 18 and was sent to a home for unmarried mothers in Roscrea, Ireland run by the Catholic Church when Lee was forced into the adoption of her 3-year-old son, Anthony. When he was taken, she had no idea that he in fact had been sold by the abbey to an American couple.

Lee tried to get information about Anthony, but was not given any indication of where he was sent after his adoption. Anthony, in turn, went looking for his mother in Ireland many years later but was told by the abbey that his mother had left him.

Lee’s story brought attention to this reprehensible practice and after the film’s success, Lee joined forces with the Adoption Rights Alliance. Lee said that she and her daughter decided to found The Philomena Project after receiving such a large amount of responses to her story.

The Philomena Project seeks to get these previously withheld adoption files released, ones that prevent any mother and child who wish to be reunited from doing so.

Susan Lohan, co-founder of the Adoption Rights Alliance, has said Lee’s story has effectively “woken up many people to the crimes committed against thousands of unmarried mothers and their children under the guide of so-called legal adoption.”

Lohan has additionally vowed to end toleration of Ireland’s “deny ‘til we die” strategy and has named the state, private agencies and representatives of the Catholic Church as being in possession of information that people could use to find their natural families.

The Philomena Project hopes to have the Irish Government bring in legislation that would make the thousands of withheld files available to anyone who wants to find either their natural mother or child.

The backers of the Philomena Project have additionally asked the Catholic Church to cooperate with them and also plan on lobbying politicians in both Britain and the United States.

The project has also found support in Maeve O’Rourke, a lawyer from London, well-known for her campaigning for victims of Ireland’s Magdalene Laundries.

O’Rourke has said that “the right of a child to preserve her identity and family relations without unlawful interference is today recognized internationally, and without hesitation, as a basic human right.”

Lee has also expressed her “hope that this effort will help us find solutions that ensure every mother and child who wants to be reunited are able to come together once again.”