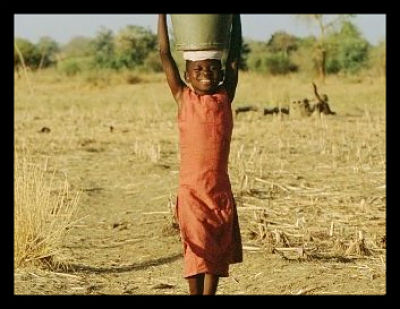 So much of the emphasis in judging the quality of life of a country, or its progress, focuses on death. The numbers tell how many people die; how many of the dead were mothers, how many were children, the most fatal diseases, the most deaths by violence, etc. Christopher Murray, a Harvard researcher, took issue with this standard of measurement. While he agreed that death was a powerful indicator of a country’s welfare, he also saw a major oversight in using it as a yardstick. To Murray, it was important not solely to focus on the dead, who we can do nothing for, but also examine the quality of life of the living. Not only to think of how to keep people alive but also to ensure they are living well. Murray’s viewpoint was to revolutionize metrics. He spearheaded the shift from measuring mortality to the implementation of the DALY measure – Disability-Adjusted Life Year.

In simplest terms, the DALY measures the number of years a population lives with a disability, adjusting its productivity accordingly (as a major psychological or health problem will undoubtedly decrease a worker’s effectiveness), as well as measuring the impact of shorter life expectancy (often which is related to the disabilities in the DALY). ‘Disability’ in the term covers a wide arrange of conditions, among them pain, arthritis, mental illness such as depression and PTSD, disfigurement and major diseases. A highly sophisticated system, the DALY is weighted to measure the impact of conditions on younger members of a population more than older members to give a more accurate measure of impact on the economic potential of a given population (as the young are seen to have more potential than the aged because of longevity, energy, new skills, etc.).

Measuring the global burden of disease this way has yielded surprising – and often controversial – results. Yet this data is promising and exciting in that it shakes our current system and demands attention to issues that have so far been neglected. For example, depression and suicide are found to be more damaging than tuberculosis or cirrhosis, and one of the fastest-growing diseases is glaucoma. The DALY’s results have not been welcomed by all, however. When first introduced after measuring international statistics, many countries were graded much lower than on an objective mortality scale and hotly contested the results.

The importance of metric systems in foreign aid is steadily increasing: in a world where every dollar could be used in many different ways, expenditure on aid and social programs needs to be well justified, with potential for results from investment. When asked about the use of DALYs to give an accurate picture of the state of global health, Murray stated, “People walk around with a mental map that’s different for every one of us. A real map has got to be a better guide.”