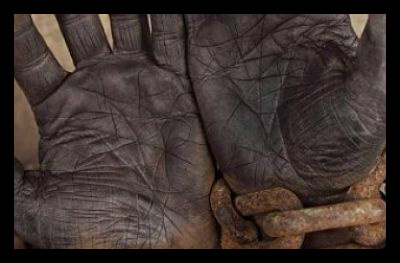 Millions of people living below the poverty line in South Asia are desperate for the chance to make money and find a way to support their families. Individuals and families are easily seduced into a life of abuse by the promise of making enough money to pay off debts through bonded labor.

Unfortunately the stories workers are told are usually untruthful and deceptive, and laborers are immediately exploited upon hire.

In 1976 an abolition act was passed, known as the Indian Bonded Labor System Abolition Act, which bans forced labor, bonded labor and any “service arising out of debt.” Despite this law, workers in Dalit, India, are still falling prey to cheap labor and physically-abusive work conditions.

Recently in Nuagada, Nilambar Majhi and Dialu Nial where offered a $225 payment in order to work for a man. They were given money in advance and were told that they would pay it back in exchange for their labor at a brick kiln, but once on a train headed to the South India state, they tried to escape with a group of people.

Their escape attempt was unsuccessful.

Nilambar and Dialu, the only two captured, were told they had to make a choice: their hands, their legs, or their life. The captors proceeded to amputate their hands.

“Three men held us down and cut our hands off, one by one, like you cut a chicken. Then they picked up our hands and threw them away,” Nilambar said.
Sadly this is not out of the ordinary for bonded labor conditions. Abuse is common: days are long, payment is minimal, two meals are offered a day, and sometimes workers have only one pair of clothes for a year.

Women and children typically have no choice but to work in bonded labor occupations. Patriarchal social hierarchies restrict women’s options forcing them to work as silk farmers, weavers and in other stereotypical household positions.

Children also face long days of work in a spectrum of occupation – some days they are subject to working 14 hours every day because they are seen as “cheap labor.” These long days and the poor work conditions expose the children to disease and health issues.

More than 130 children died during a recent drought in Pakistan. Activists link the growing death toll to “long-term failures” in its healthcare and infrastructure. Most of those suffering from the drought belong to the Dalit caste. Referred to as ‘the scheduled class’, Dalits suffer the most discrimination in the region. As residents of the Tharparkar district, members of this caste bear the burden of drought conditions.

Most deaths occurred in the Thar Desert. The Pakistan Dalit Solidarity Network (PDSN) and other agencies fault the government for it delayed response. PDSN reports “animals started dying in the desert in October last year but the government did not act until reports of children dying in the Mithi Taluka hospital.”

Hospital reports indicate 38 children dying of malnutrition in the hospital in December. Before the drought, Oxfam forecasted the consequences of a continued food insecurity. 57% of children under five face stunted growth.

Persisting food insecurity, coupled with this drought, led to the dramatic rise in deaths. Dependent on food subsidies and animal fodder, residents live in constant food insecurity. Syed Qaim Ali Shah currently serves as the minister of Sindh. The chief minister routinely provides food every August. Yet this year, relief did not arrive until November. Currently, he leads an investigation into this delayed delivery.

“Elected representatives must be held responsible for not reporting to the chief minister,” remarks Javed Jabbar, leader of a nongovernmental organization in Tharparkar.

Failure to act on early warning signs continues the pattern of neglecting the Thar Desert and Dalit people. The drought in this region highlights existing structural inequities. For instance, advocates cite poor health services and limited roads to the more developed regions in Pakistan.

The establishment of Nawabshah Medical College promised a rise in female doctors, yet very few decide to work in less developed regions. Jabbar asserts medical professionals should sign a bond, agreeing to serve difficult regions. Referring to maternal and infant health as “the root cause of this crisis,” Jabbar believes women need incentives to serve Tharparkar.

“Missing public policy action and persistent economic inequalities are the main causes of malnutrition, which – if not addressed – may aggravate the situation in future in the entire province,” remarks Dr. Akram, a pediatrician in the region.

As the region is isolated and neglected, activists cannot know the death count with certainty. Dr. Sono Khangarani of the PDSN estimates the a number as high as 190. “The poorest of the poor” die, reports the Dr. Khangarani. Many parents cannot afford the health services or travel the distance to hospitals and as a result, he predicts a much higher death rate.

The “environmental uncertainty” threatens the food security of residents, but limited healthcare services threaten their lives. Interventionists need to invest in long-term development, as opposed to simply crisis relief.