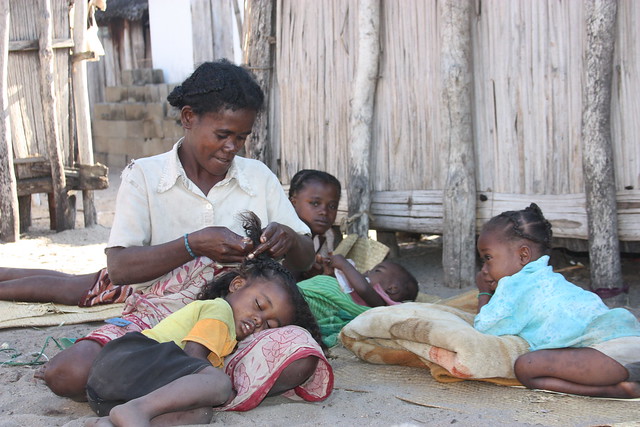 Cyclone Idai has wreaked havoc upon Zimbabwe, Mozambique and Malawi, leaving destruction in its wake. Survivors suffer from disease, hunger and mental health problems. Humanitarian organizations and governments are joining together to try and help people affected by the disaster.

Cyclone Idai and the resulting floodwaters destroyed infrastructure, homes and crops. As the crisis comes into focus, it is clear that it could take some time for the region to recover.

The death toll between the three countries is over 750 people and rising as government and aid workers assess the damage. An estimated 1.85 million people have been affected and 36,000 homes destroyed in Mozambique alone. Rescue workers have been scrambling to save people stranded by floodwater.

Cyclone Idai is one of the top three deadliest tropical cyclones ever to affect the Southern Hemisphere. Many climbed trees to escape the rising floodwater, with rescue workers lifting 634 survivors out of trees. Others fell into the crocodile-infested waters as they became too exhausted to hold on.

Displaced people are migrating toward the port city of Beira, Mozambique and to makeshift camps to escape areas engulfed by water. The close grouping of people in the camps has created new concerns for aid workers. Disease, hunger and mental health problems threaten these survivors.

The International Federation of the Red Cross and Red Crescent Societies (IFRC) has reported cases of malaria infections and cholera among Cyclone Idai survivors. Jana Sweeny, a spokesperson for the IFRC, told Earther: “In disasters like this one–one where there is a lack of clean water and sanitation, and potential overcrowding–outbreaks of waterborne diseases are common.”

The standing floodwater is a breeding ground for mosquitoes that may carry malaria. Cholera, a waterborne bacteria, could also infect the floodwaters.

At least 16 different humanitarian organizations, several governments and the United Nations are contributing to help Cyclone Idai survivors. The United States government pledged the assistance of its military. IFRC Secretary General Elhadj As Sy said at press conference in Geneva: “We are seeing tremendous collaboration and partnership from National Red Cross and Red Crescent Societies from all over the world, and from our international and United Nations partners.”

The United Nations has unloaded 22 metric tons of food supplies, and 40 more are on the way. U.N. organizations have been active in the region, initially in rescue operations, then as aid distributors. The U.N. Central Emergency Fund has allocated $20 million to provide aid to more than 400,000 people.

The IFRC is appealing for over $30 million for disaster relief. They have been delivering Emergency Response Units, which include equipment and teams that can provide sanitation and water purification for 20,000 people per unit. The IFRC is also deploying a field hospital that will be able to administer medical care for at least 150,000 people.

The IFRC has set up an online portal for connecting displaced children with their distraught parents. Cyclone Idai has left many children unaccompanied as they were either separated from their parents or orphaned.  Save the Children is also working to help these child Cyclone Idai survivors.

There is difficulty distributing aid as some of the affected areas are remote. Helicopters are the only safe mode of distribution since the cyclone destroyed roads and communications infrastructure.

The damage done by Cyclone Idai on Southeastern Africa will not be fully realized until some time has passed. But for now, the global humanitarian community is helping the region recover from this disaster.