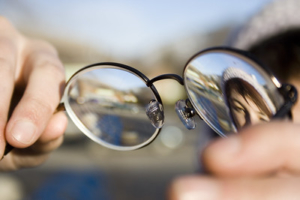 A variety of NGOs have been working for decades to provide glasses for developing countries. Most models for this operate in similar ways, either by donating glasses or offering low-cost glasses for communities to purchase. These programs have been successful in helping people correct their vision, as well as creating more education and economic opportunity. They only lack one thing — innovation. Choosing to apply a solution designed for a developed country to a remote village is not always the best option. This is where Child Vision comes in.

The World Health Organization (WHO) estimates that nearly 80% of all persons in Africa have unaddressed vision impairment. Additionally, 33% of the world’s poor population suffers from vision impairment. There are 123.7 million people with a refractive error, which can be solved with glasses that have the correct strength. On average, glasses cost approximately $343, despite the average manufacturing cost of $10. Clear vision drastically reduced education access for children, which in turn created less economic opportunity as they moved into adulthood. Lack of clear vision loses $202 billion in global productivity each year.

Some of the biggest names in glasses for developing countries are NGOs like Eyes on Africa, Vision for a Nation, VisionSpring and the WHO.

The WHO has been working on the Global Action Plan for eye health since 2014. The plan has one main objective — to encourage and enhance global eye health. The Global Action Plan has several initiatives. These include identifying what is causing vision impairment, understanding where the gap is in eye health access and bringing cataract surgery to developing countries. VisionSpring works by allowing those in developed countries to purchase glasses for developing countries through the VisionSpring website. VisionSpring donates those as well as letting communities purchase low-cost glasses. It also provides bulk purchase discounts and sell glasses individually and by the box. On average, one pair of bifocals in a box set costs just 85 cents. The price point is low, but still unmanageable for many villages, especially in areas with little to no internet access.

Child Vision is a program within the Centre for Vision in the Developing World (CVDW). The CVDW looked at the statistics of vision impairment then accepted the challenge of creating a solution that worked for the developing world. The main struggles the CVDW found in the traditional programs were a lack of optometrists and the high cost of traditional glasses. There is one optometrist per 1 million people in the population in developing nations. While 85 cents for a pair of glasses may seem affordable, it is a great financial strain for the world’s poor, many of whom survive on less than a dollar a day.

Child Vision, after identifying the root problems with getting glasses to developed countries, created a successful prototype within two months. The CVDW created an inexpensive, adjustable lens that sets into durable frames.

How the Glasses Work

The round lens is composed of two walls made of a flexible plastic membrane that the wearer fills with liquid silicone. The lens is then set into plastic frames that have dials on both temples of the glasses. The plastic frames are filled with the same liquid silicone that is in the lens. The wearer puts on the Child Vision glasses, covers one eye and using a tumbling “E” chart, adjusts a side knob to move more or less fluid into the lens until they can see clearly. They then repeat on the other side.

The wearer simply removes the knobs from the glasses and throws them away after the lens is set. They now have durable, functional, cost-effective glasses. With a $20 donation, CVDW can provide a pair of self-adjusting glasses to a developing country. A 1–2-hour training session with a local community leader to show them how to use the tumbling “E” charts to check vision and make sure the glasses are adjusted correctly is also provided. This is not only an immediate solution and innovation to provide glasses to developing countries but it creates generational empowerment of checking eyesight and promoting educational and economic growth within each community.