Tag Archive for: Curse of Oil 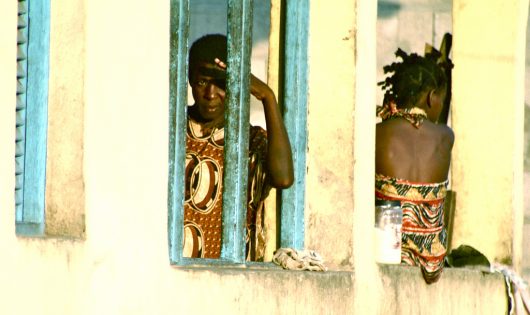 The discovery of crude oil in the Gulf of Guinea during the mid-1990s resulted in drastic increases in government revenue in Equatorial Guinea. Although the country is one of the wealthiest in Sub-Saharan Africa, two-thirds of citizens live on less than $1 per day, making the rate of poverty in Equatorial Guinea quite high.

Effects of government corruption extend far beyond the economic sector and continue to negatively impact education, child and infant mortality rates as well as access to sanitation. The Center for Economic and Social Rights (CESR) reports that only 41% of individuals in the most populated areas have access to clean drinking water. The CESR also notes that Equatorial Guinea has the third-highest number of deaths of children under 1 year of age in Sub-Saharan Africa. The rate of children in Equatorial Guinea to finish primary school is under 60%, while the rate of boys enrolled in secondary school is double that of girls, according to CESR findings.

Equatorial Guinea’s per capita income of $26,000 along with 76.8% of the country in poverty is exemplary of institutional inequalities that foster conditions for extreme poverty. High corruption, lack of natural resource revenue and support of regimes are vital contributors to poverty in Equatorial Guinea.

Kenneth Roth, executive director of Human Rights Watch, condemned former Vice President Cheney’s energy plans due to the lack of attention paid to the strategy’s impact on developing nations. The report specifies the potential of U.S. utilization of West African oil as the region was “expected to be one of the fastest-growing sources of oil and gas for the American market.” The Cheney Report’s main aim was to eliminate hurdles to increase the attainment of foreign oil by the U.S., should they regard legal, economic, political or logistical obstacles.

In a study conducted by Elise Aiken, one-third of the planet’s civil wars are happening in countries where oil production dominates. Aiken attributes this to three main factors: “economic instability caused by fluctuating oil prices, support of insurgencies through black market sales or extortion and encouragement of separatism because of wealth imbalance.” She also notes that oil-rich countries are not guaranteed to have outbreaks of conflict and those governments that “limit corruption and put their windfalls to good use rarely face unrest.” African communities are more likely to face strife when oil production is prominent due to scarce educational backgrounds, unstable economies and in areas with minimal law enforcement and high corruption.

The insurgents were arrested, tortured and publicly executed before the military burned down Alicante’s family home. Five months later, he went to the U.S. with a mission to end the violence through his education. After earning a J.D. from the University of Tennessee and an LLM from Columbia University Law School he now works to increase the transparency of income from natural resources and is a legal adviser for human rights organizations worldwide.