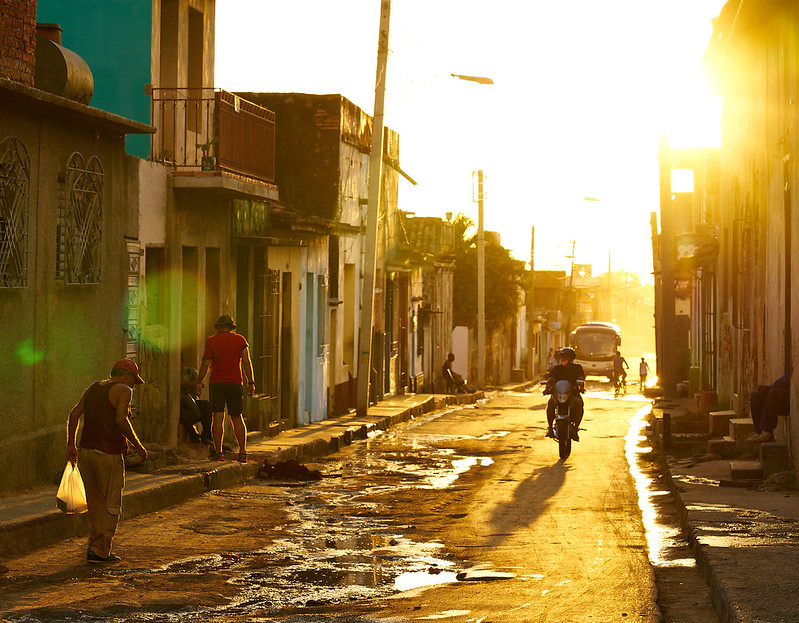 Cuba and its capital city, Havana, must battle a rising threat: hurricane season. While many may think of Cuba as a vacation destination, Cuba is home to an aging population dependent on agricultural exports with a general lack of everyday necessities. Moreover, a significant number of Cuban citizens live in poverty. Increasing numbers of natural disasters only exacerbate this issue. Hurricanes impact poverty in Cuba and reduce the country’s ability to respond. Just recently, on July 5, hurricane Elsa hit Cuba with winds of over 60 mph. While overall damages were minimal, Elsa is merely one example of the growing annual threat.

Poverty in Cuba looks distinctively different from poverty across the world. For instance, Cuba has a planned economy, dependent on its agricultural and tourism sectors, with many social programs like universal access to healthcare, education and entertainment. However, while unemployment rates are low and poverty data is largely unknown, the Center of Humans and Democracy estimates that 66% of Cuban households receive less than $100 per month. Half of those families subsist on less than $1.33 a day.

Because of widespread poverty and an outdated healthcare system, COVID-19 posed a significant risk to the Cuban population and economy. Throughout 2020, Cuba experienced multiple food shortages, including staples such as chicken, eggs and rice. As a result of the pandemic, economists expected GDP to fall by 6% in Cuba.

How Do Hurricanes Aggravate Poverty in Cuba?

The simple answer to how hurricanes impact poverty in Cuba is that hurricanes are costly. Repairing infrastructure and housing damages requires an impressive governmental response. For example, in 2005, Hurricane Dennis caused Cuba an estimated $1.4 billion in damage, destroying 120,000 homes and killing 16 Cuban citizens. Cities like Havana were without power for several days. Additionally, more than 20% of the country was without water for an extended period. The U.S. and EU offered disaster relief aid to Cuba, but the Cuban government rejected both offers.

However, it’s more complicated than the mere cost. Oftentimes, powerful hurricanes hurt Cuba’s agricultural sector by destroying crops that are critical to Cuba’s economy. This makes it even harder to respond to the initial damages. Hurricane Dennis resulted in significant damage to Cuban agriculture, specifically to the citrus, fruit and vegetable industries. The storm destroyed 30,000 acres of bananas and 127,000 tons of vegetables. Economic losses like these ones inhibit Cuba’s overall disaster response and economic rebound.

Hurricane Irma and its Impact on Poverty in Cuba

Similar to Hurrican Dennis, in 2017, Hurricane Irma destroyed more than 4,000 homes on Cuba’s coast, severely damaging the country’s electoral grid and disrupting its agricultural industry. Hurricane Irma destroyed 7,400 acres of banana, rice and sugar crops across Cuba. The damage resulted in a food shortage, an exacerbation of poverty and a decline in the agricultural sector that plagued Cuba throughout the following months.

Not only do hurricanes cost billions of dollars in repairs and damages, but they consistently damage crops, constrict the country’s agricultural economy and hinder the country’s ability to fund an appropriate response. Hurricanes impact poverty in Cuba by constricting the country’s economic resources, response and food supply.

Additionally, scientists predict natural disasters and tropical storms are likely to increase as a result of climate change. In the coming years, Cuba will likely experience more storms, more agricultural disruptions and a higher need for a stronger response.

While Cuba is already a world leader in hurricane preparedness and recovery, increased storms will require a re-evaluated response. As another hurricane season reaches Cuba’s shore this summer, the country and its government must consider what more can be done to react to these potential threats.

After Hurricane Irma, Floridians, many with family in Cuba, mobilized to form nonprofits like the CubaOne foundation to help the country and its citizens recover from the natural disaster. CubaOne raised $50,000 for relief and sent more than 40 volunteers to help rebuild some of the areas most affected by the storm. While hurricanes aggravate poverty in Cuba, network responses and relief like these will aid Cuba in overcoming the effects of natural disasters.