Tag Archive for: Crossing Borders and Liberty in North Korea 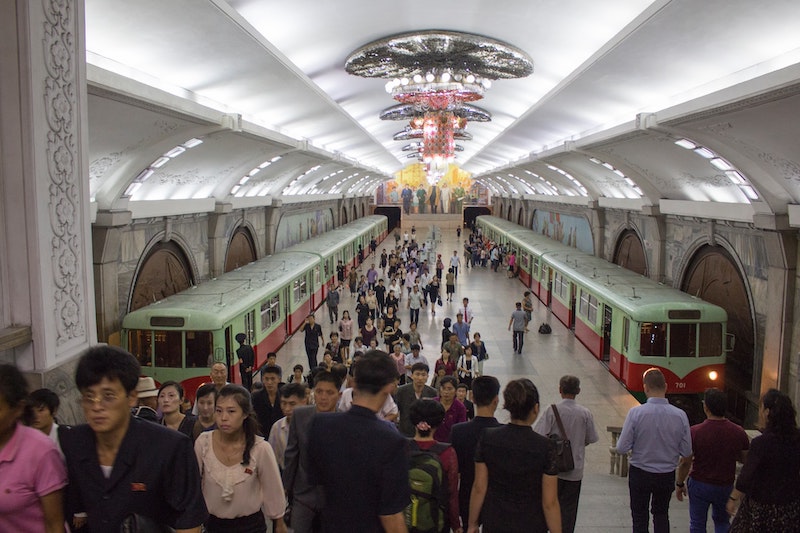 Every year, thousands of North Korean nationals attempt to escape their home country, fleeing from poverty, famine, forced labor and political persecution. Many smuggle into China, as it represents the best chance of escape in comparison to the highly guarded South Korean border. Unfortunately, once in China, defectors are hardly safe. The questionable legal status and vulnerability of these North Koreans make them uniquely susceptible to human trafficking, sex slavery, forced marriages, prostitution and more. These rampant human rights violations in China happen across the country, leaving hundreds of thousands of victims suffering in silence.

For many, the living conditions in North Korea are so grievous that they would rather take their chances in China than stay. According to the 2021 Trafficking in Persons Report, North Korea has detained “an estimated 80,000 to 120,000 persons in political prison camps and an undetermined number of persons in other forms of detention facilities, including re-education through labor camps.” Regularly, authorities hold these citizens without any formal criminal charge, trial or conviction. Reports also indicated many cases of detention of accused persons’ family members.

Inside the prison camps, everyone from children to the elderly is “subject to forced labor, including logging, mining, manufacturing or farming for long hours under harsh conditions.” Children get little to no access to education and all prisoners face routine beatings, sexual assault, unhygienic living conditions and insufficient food or medical attention. Closing its borders, North Korea made it impossible to gauge exact numbers, but many do not survive this treatment.

Even outside detention facilities, living conditions are bleak. Since the Arduous March of the 1990s, millions of North Koreans have died from starvation. Largely attributed to a Stalinist economic system and Russia and China’s halted food and oil subsidies to North Korea after the Cold War, this period of sweeping destitution caused a massive spike in migration. Though the estimated rates of defection have slowed since then, starvation is still an issue across North Korea and a prominent reason for an escape to China.

The pervasive human rights violations North Korean defectors face in China are appalling. Victims face sexual assault and kidnapping and are often part of perpetually abusive situations. A 2019 report by Korea Future Initiative alleges that tens of thousands of North Korean women and girls become a part of the sex trade and sale–an industry that generates roughly $105 million annually.

This report also revealed that “an estimated 60% of female North Korean refugees in China are trafficked into the sex trade. Of that number, close to 50% are forced into prostitution, over 30% sold into a forced marriage, and 15% pressed into cybersex,” according to Forbes.

Prostitution in China reportedly accounts for about 6% of China’s GDP. Cybersex trafficking is becoming a more prevalent issue, with girls as young as 9 years old becoming victims in front of cameras live-streaming to a global audience.

Forced marriage has long been a practice of abusers of this vulnerable population. China’s “long-standing one-child policy and penchant for sons have resulted in a massive gender imbalance, making it challenging for Chinese men to find wives.” The physical and psychological abuse of “bride trafficking” that victims face is often overwhelming.

What is more, victims of these atrocities are unable to speak up. A simple recognition as a North Korean national has dire consequences, primarily due to China’s ruthless repatriation policy. If Chinese authorities discover them, they forcibly return trafficking victims to North Korea, “where they are subject to harsh punishment, including forced labor in labor camps, torture, forced abortions” or even executions, according to the 2021 Trafficking in Persons Report. Many choose to endure the conditions in China rather than face retribution from their native country.

The legal status of North Korean escapees is a major contributor to their unique vulnerability. They are typically classified between categories in international law that divide migrants into “deserving and undeserving groups–forced or voluntary, political refugee or economic migrant, trafficked or smuggled.”

North Koreans usually want to leave their country, making them arguably complicit with their smugglers. Therefore, many perceive them more like ‘economic migrants,’ defined as “smuggled” instead of “trafficked.”

The U.N. Protocol on Trafficking calls on governments to protect the victims of trafficking. However, as China classifies North Korean defectors as economic migrants, they do not make any protective efforts, instead opting for their notorious repatriation policy.

Refugee protections would almost certainly benefit these defectors. However, the U.N. defines a refugee as a person who has “fled war, violence, conflict or persecution and has crossed an international border to find safety in another country.” This definition does not include economic migrants, meaning that North Korean defectors do not apply the protections a refugee gets either.

However, according to UNHCR, the same people that China deems “economic migrants” could arguably be considered refugees “sur place” given the “well-founded fear of persecution” and grave consequences they would face upon their return.

All said, there is no perfect classification of North Korean defectors in China, leaving them to fall between the cracks of international law. With no protections, nowhere to turn for help and no resources, their abusers are free to act without consequence.

Some organizations have taken steps to help address these atrocities. The All-China Women’s Federation, an NGO headquartered in Beijing, has established ongoing projects to address and “alleviate the problem, including, in four provinces, the establishment of transfer, training and recovery centers” that have assisted more than a thousand victims to date. China has also hosted a number of Children’s Forums in Beijing to raise awareness for child trafficking, and in 2007, the government agreed to a Plan of Action Combating the Trafficking of Women and Children.

Nonprofit organizations around the world, such as Crossing Borders and Liberty in North Korea, have done what they can to assist North Korean refugees. However, they are facing pushback due to China’s 2017 Foreign NGO law. The U.N. has called for this law to be repealed, stating it “can be wielded as tools to intimidate, and even suppress, dissenting views and opinions in the country,” E-International Relations reports.

While it is a relief to see governmental and non-governmental organizations taking steps to address this complex and distressing issue, advocates are calling for increased attention and an international response. Some North Korean escapees, such as activist Yeonmi Park, have amassed broad followings by sharing their harrowing stories. By uplifting the voices of these survivors and demanding action, the global community can make a vital difference in the lives of these individuals.