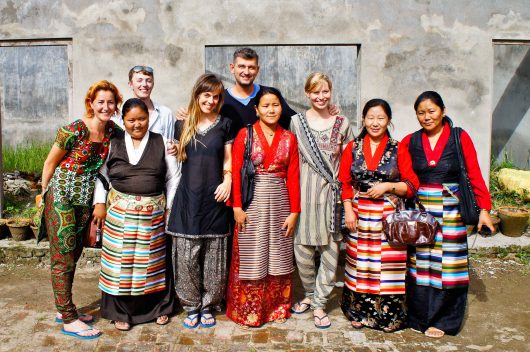 A common reason for conflict, whether cultural, racial or economic is lack of empathy. The solution to this problem may be simpler than previously believed. An article on psychology website Spring suggests that empathy can increase with as little as two positive experiences with a group.

To collect their research, scientists paired Swiss people with people of Balkan descent. The Swiss-Balkan relationship has historically been tense due to anxiety about immigrants in Switzerland. In the experiment, Swiss participants expected to receive a painful electric shock but were rescued by people with traditional Balkan names.

The Swiss participants then received brain scans while observing other people being shocked. If earlier in the experiment a Balkan person had helped the Swiss person in question, the Swiss participant’s brain would demonstrate a similar empathetic response toward both Balkan and Swiss victims. If, however, the Swiss person had not had that positive encounter with a Balkan participant, he or she exhibited lower levels of empathy toward Balkan victims than towards Swiss victims.

According to this study’s researchers, “Our findings show that empathy with an out-group member can be learned and generalizes to other out-group individuals.”

How can these findings be applied globally? Simply put, they may indicate that volunteering can increase empathy. Not only can volunteering help reduce some of the immediate symptoms of global poverty; it can also decrease inter-group tension.

Bridging the gap preventing different groups from interacting with each other is an important step in reducing conflict. Volunteerism does just that by putting human relationships first. It places members of different communities that may never have had positive inter-community encounters in close proximity to each other. Positive volunteering experiences can lead to increased empathy and decreased conflict between them.

“It’s good for your health!” he wrote. “It gives your empathy batteries a recharge”.

Volunteerism puts human relationships first and encourages personal interaction. It is a powerful tool for increasing empathy, and thus reducing tension, between groups.