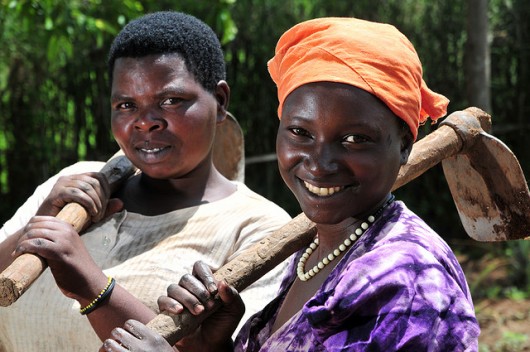 The projects will offer market-based solutions to provide resources for those in need, expand job opportunities and improve the well-being of local people and their communities.

With more than $4 million in funding, the partnership seeks out and invests in early development innovators for social change who pose solutions to issues present in developing countries.

Fellows receive $90,000 over two years to help advance their initiatives and participate in mentoring from international development professionals and global networking programs. So far, Priming the Pump has empowered 29 Fellows from 20 organizations in developing nations.

This year, USAID’s funding will help 15 entrepreneurs jump-start their visions.

One project, developed by Jehiel Oliver in Nigeria and nicknamed the “Uber for Tractors,” allows farmers to order tractors through SMS texts. This allows farmers with limited access to labor to plow their fields quickly and more cheaply. It gives financial gain to small farmers as well as tractor drivers who are contracted to do such work.

Another project receiving funding is the Tujenge Africa Foundation created by Etienne Mashuli and Wendell Adjetety. Both survivors of the Rwandan civil war and genocide, Etienne and Wendell are living examples of how quality education can help people escape poverty and violence.

Through education, leadership programming and peacemaking, their organization helps post-conflict African youth excel and define their own futures.

There are many other groups receiving funding for change such as Love Grain, which builds farming co-ops and supports supply chains to connect teff farmers in Ethiopia with international markets.

Suyo is another initiative that helps low-income families in Latin America secure rights over their property and transforms economic security; while The Open Medicine Project uses mobile technologies to pair healthcare workers in South Africa, India and Pakistan with informational resources and support tools to help them improve their work and save lives.

Funding from organizations such as Echoing Green and USAID will provide developers and their projects with the resources to expand their technology and access to help create real change in their communities and nations. 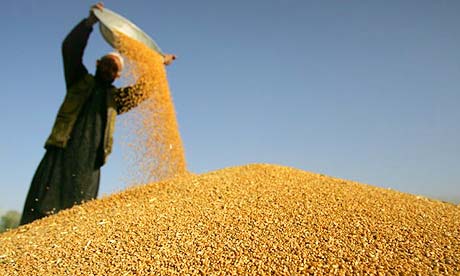 https://borgenproject.org/plant-doctors-food-security/
When called upon to picture an agricultural hotbed, one hardly thinks of Afghanistan. However, according to USAID, 60 percent of Afghanistan’s population relies on agriculture for their livelihoods and sustenance needs.

Unfortunately, in the wake of decades-long conflict and neglect, damaged farmland and infrastructure prohibit the flourishing food trade that once characterized Afghanistan as a high-quality producer.

Agriculture accounts for 40 percent of Afghanistan’s gross domestic product; when plants die the whole nation suffers. Afghanistan is just one of many countries where farming challenges have a great deal of influence. Food insecurity is a massive global problem. Nearly 795 million people across the world are undernourished.

Low-income farmers in such countries as Kenya, Bolivia and Bangladesh make up an important part of their nations’ economies. When these farmers inevitably lose crops to disease and pests their livelihoods are jeopardized and starvation becomes a prevalent issue.

Plantwise, a program supported by international nonprofit CABI, has answered this challenge. Endeavoring to “increase food security and improve rural livelihoods by reducing crop losses,” Plantwise has made 10,000 plant health resources accessible to people in 33 countries across the developing world through their online knowledge bank and free Android app.

One of the program’s key efforts is the construction of clinics where farmers can come for diagnoses and answers to their questions on an individual basis.

Another innovative aspect of the Plantwise program revolves around plant health. With some small farmers losing as much as 80 percent of their crops to disease and pest problems, the ability to heal sick plants is invaluable.

By training more than 2,000 “plant doctors” capable of diagnosing and treating agricultural issues, Plantwise has fostered a growing network of sustainable plant care.

The quickly growing initiative has positively impacted 600,000 farmers with their efforts thus far. As of 2013, Plantwise has established 720 plant clinics, nearly twice the amount that existed the previous year.

The program hopes to reach millions by 2020, continuing to train plant doctors, build on its network of 168 partner organizations and working to nurture farming-friendly policies in developing nations.

Plantwise describes their vision as one of sustainability, hoping “to improve food security and rural livelihoods around the world, achieving maximum long-term benefits for the countries in which we’re present.” The initiative focuses on building from within, emphasizing partnerships with local people, organizations and governments.

Although food insecurity remains an issue, the instance of undernourishment has declined by 167 million over the past decade. The work of many such organizations and initiatives like Plantwise plays a vital role in the fight to eradicate hunger through sustainable, economically sound methods.

“I’m passionate about training the next generation of plant doctors,” stated Miriam Otipa, a native of rural Kenya and one of Plantwise’s experts. “I am doing my bit to help feed my village and my nation.”