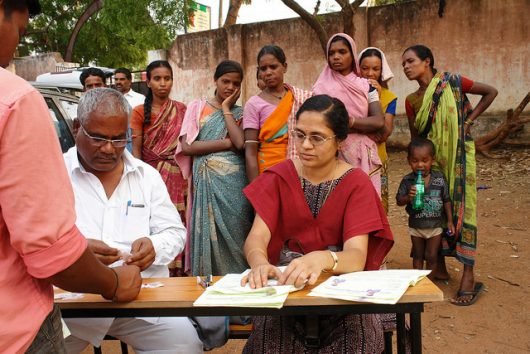 India became independent more than 70 years ago. However, insurance in India has remained neglected. Until recently, 80 percent of the country’s population lived without insurance and largely unfamiliar with the banking system. They didn’t possess bank accounts, an identification card or a driver’s license. This is changing.

Since 2009, the government has undertaken steps to provide a unique identification to every citizen, popularly known as Aadhaar in Hindi. Now, leveraging the benefits of the Aadhaar and the willpower of a strong majority, the current government is taking quick and substantial action to bring Indians under insurance cover.

The Beginnings of Universal Insurance in India

The government has announced a slew of schemes to promote insurance in India. These schemes are offering easily accessible health, crop and business insurance to millions of people in the country. Announced in 2015 and 2016, the schemes are open to all citizens above the age of 18.

Even before people can be brought under the cover of insurance in India, there was an impending need to ensure financial inclusion of millions of people living in extreme poverty in the country. A program called Jan Dhan Yojna offered savings accounts free of cost. The scheme set in motion several other financial welfare schemes which offered subsidy cash transfers, pensions and insurance. A few have been listed below.

Announced in 2015, this scheme offers affordable life insurance in India to the masses. Each year, the policyholder pays a premium of 330 rupees (approximately $5). In case of the policyholder’s death, his nominee is paid 2 lakh rupees which is equivalent to $3,100.

In Indian economy, this amount is enough to start a small business or pay school fees of two children for around 10 years. More than 30 million people between the ages of 18 to 50 have already enrolled in the scheme.

This is a scheme introduced to help people who have been injured due to an accident. The fact that in 2016, half a million people in India were injured in road accidents alone highlights the need for accident insurance in India. This scheme offers to pay 1 lakh rupees (approximately $1,500) in case of permanent disability and 2 lakh rupees (equivalent to $3,100) to the nominee in case of death caused by an accident.

The insurance cover can be renewed annually. Since its announcement in 2015, more than 9,000 people have been given accident insurance in India through this scheme.

The majority of people in India are farmers and their livelihoods are highly vulnerable to the weather. Only the right amount of rainfall can result in a good harvest. Often various areas are affected by flood or drought.

This scheme offers to cover the loss suffered by a farmer in case of flood or drought. The government has set a low premium to make it all-encompassing. A crop farmer pays just 1.5 to 2 percent of the total sum assured, and the government pays the rest.

Experts believe that although these government schemes might seem ambitious, they are going to change the landscape of insurance in India in the next decade.