Ethiopia is no stranger to drought. However, as they face their worst bout in decades, Middle Eastern turbulence and the Refugee Crisis have spread international relief funds thin.

Determined not to be overcome, Ethiopians and partners like UNICEF are stepping in—with the unexpected help of satellite technology.

The introduction of satellite remote sensing allows areas affected by the drought in Ethiopia to be mapped rapidly, increasing the impact and timeliness of first-response measures. The satellites can also identify ideal well sites, providing valuable freshwater supply when other wells go dry. This technology is moving the approach to facing drought from reactionary to pre-planned, which is making efforts to alleviate the effects of drought more efficient, while preempting some of them all together.

The innovation comes at a pivotal time, with the 2015-2016 El Nino bringing devastating drought in Ethiopia and impacting some of the nation’s most impoverished people. Food security, livestock survival, national economy and basic human needs are all jeopardized by the water shortage. The Ethiopian government and the United Nations have identified 10.2 million Ethiopians in need of food assistance funding.

For Ethiopian farmers and herders, who represent over 80 percent of the nation, groundwater access is fundamental to ensuring food security. That security is greatly jeopardized by freshwater wells going dry at rates as high as 70 percent in some regions. Satellite remote sensing enables farmers to place new wells in more strategic location, using information on hydrogeology, ground vegetation, topology and morphology to find the most successful well locations.

That same satellite technology has the potential to address drought long before those wells go dry. Used to monitor precipitation, vegetation health, and soil moisture, the technology signals where the need is greatest for preventative action.

Satellite use in the region has swiftly made a positive impact. In the hard-hit northern region, satellites have been utilized to identify locations for new water boreholes which could provide water for 100,000 people. The project and others like it, have combined the efforts of the Ethiopian government, UNICEF and private contractors.

The effects of drought in Ethiopia extend beyond crop failure, malnutrition and death of livestock. For impoverished students, it can mean forgoing school in order to walk distances of eight or more hours to fetch water. Others drop out after contracting water-borne diseases from sharing water with animals, or lack the energy to attend school due to their living circumstances. For the international community, it means deciding how to bare and share the burden of 10 million Ethiopians in need of food assistance and six million in need of emergency water.

As the U.N. warns of millions of Ethiopians in danger of acute malnutrition, the U.S. has sent aid in the form of 4 million dollars in maize and wheat seed for households, as well as a variety of disaster experts to work on the ground. Working to counteract drought in Ethiopia represents a growing commitment by the U.S. to humanitarian aid, as well as the protection of a valuable counter-terrorism ally. The seeds sent by the U.S. are expected to feed 226,000 households.

While conditions remain dire, innovation like satellite technology represents a larger atmosphere of determination. Such determination is vital in keeping the more dire reaches of famine at bay. 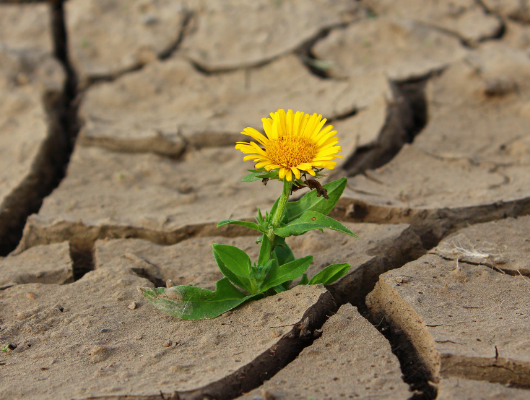 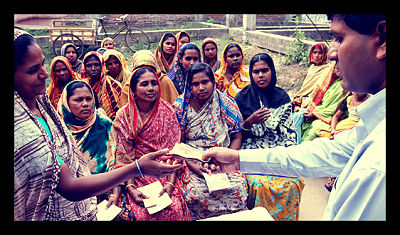 Microcredit, microfinance, micro-insurance… There is a microfinance revolution occurring around the world, and it is changing the perceptions of what can be done for those living in poverty.

Empowerment is an important focus of aid and development work. A family that, instead of being given rice and feed for a season, is educated and provided with tools to grow rice and feed themselves, can become self-sustaining. However, providing this kind of empowerment assistance can be difficult. How can organizations provide loans or credit to people who do not have bank accounts? How can they insure farmers when the value of their crops does not reach the minimum premiums? How can they make health insurance available to families living in poverty?

There is a market available for all of these services, but it is taking a revolutionary approach to provide it. Insurance has typically been the domain of the middle and upper classes. Insurance providers have always targeted those with significant investments to protect, as that is where the money lies. But for small-scale farmers, with fewer assets, the dependence on the success of their investments is greater than that of the wealthy. It is these people at the bottom of the economic scale who need insurance the most, as they are the ones without a safety net.

Recognizing this, the international foundation Syngenta has begun offering an insurance program for small farmers. The project originated in Kenya, and offers insurance for farms as small as half an acre, charging them a rate of $5.25 a season. The project is run remotely, with local supply stores acting as purchasing points for insurance and weather stations used to calculate damages due to climate effects, resulting in minimal overhead costs. Operating in Kenya and Rwanda, the scheme has already sold more than 64,000 insurance policies, largely to farmers who have never before had the option of buying insurance.