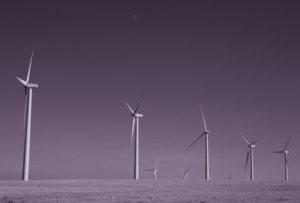 What if one could help solve two problems with just one solution? Well, Croatia has managed to do just that with the implementation of a new policy. Croatia, a country in southeastern Europe, launched an ambitious new initiative on September 1, 2020. The goal of this initiative is to help alleviate those who are facing energy poverty and mitigate the environmental crisis. Croatia’s Fund for Environmental Protection and Energy Efficiency allocated 203 million Kuna to renovate the energy facilities in people’s homes, specifically renewable energy sources. Houses that families own account for more than half of all households in Croatia and consume around 40% of energy in the country. Here is some information about energy poverty in Croatia and efforts to alleviate it.

Many family-owned properties underwent construction in the late 1980s and are not energy efficient. These homes consume around 70% of the energy related to utilities. Croatia believes that these homes’ energy consumption can become closer to approximately 40%. Croatians facing energy poverty will have all the funding necessary to exit it through the government. In fact, the Croatian government has allocated 32 million kunas in the 203 million kuna budget for Croatians facing energy poverty.

The Issue of Energy Poverty in Croatia

Currently, many Croatians are victims of energy poverty. Back in 2018, 17.5% of Croatians were not able to afford their utility bill. In comparison, only around 6.6% of people in the European Union faced this challenge. The issue of energy poverty can seriously stress a family’s budget, especially as Croatians facing energy poverty are more likely to be in poverty.

The numbers are even more drastic in “social housing,” where about one-third of the people in social housing owe money for their utility bills. High utility bills are because of Croatia’s chilly climate, which means families will want to spend more money on heating to ensure their homes are comfortable in the winter. Thus, Croatians pay a significantly higher amount for the same energy. This forces many families into energy poverty. The poorest one-fifth of Croatians spend about 12% of their earnings on energy-related bills, whereas the poorest one-fifth spend only about 7% in the European Union.

Croatia’s new energy initiative will work to lift people out of energy poverty. However, the policy would also have incredible environmental benefits. An integral part of the plan will replace current energy facilities with renewable options. As a result, Croatia will be actively working to reduce the adverse effects of changing weather. Renewable energy is great for the environment because it emits less toxic material into the air like carbon pollution. Natural gas emits around 0.6 to 2 pounds of carbon. In comparison, popular forms of renewable energy like wind emit at most 0.04 pounds, and solar emits only 0.07 to 0.2 pounds of carbon.

Croatia’s plan would even have some economic benefits. By investing in renewable energy, Croatia is opening up a new sector of the economy by creating more jobs for Croatians. Many Croatians will benefit from the government’s new initiative, allowing for a better livelihood for all.

Overall, Croatia’s new initiative demonstrates how innovative solutions can help make strides in many different sectors. It can also help improve thousands of lives. Its new policy could help inspire other countries to take similar strides to alleviate energy poverty and aid in helping the environment at the same time.