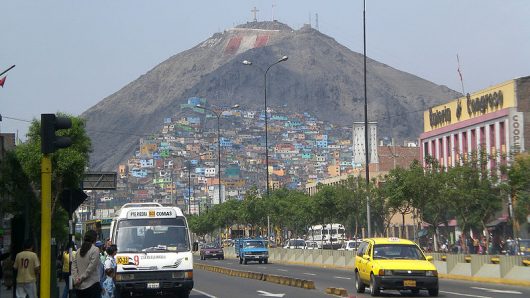 The access to bank accounts is not what first comes to mind when one thinks of privilege, but this issue is a major reality for numerous countries. Amongst these countries lies Peru and its amount of accessible bank accounts and credit access for the financial institutions in the country.

Despite Peru possessing the fastest-growing economy in their region, having a bank account is not a common occurrence amongst the population. This lack is due in part to the absence of information available to people about their bank accounts, as well as services of banks being severely limited. These instances contribute to a common theme among Peruvian banks that incites little incentive in the citizens of Peru to create accounts.

The lack of financial literacy in the country is another problem with credit access in Peru. Many Peruvians don’t have savings in a bank of any kind, and only 40 percent of people know how to calculate annual interest rates. With little to no financial literacy, Peruvians have a hard time putting their trust into financial institutions, especially when those institutions aren’t forthcoming with information about accounts.

For the citizens that do have bank accounts, their financial situation is not much better than citizens who do not because the banks of Peru often conceal information from the public about their own accounts. These instances make it hard for citizens to put their trust into banks, as these institutions are the ones keeping private information that should be available to account-holders.

This is especially crippling for the lower-income citizens. Those citizens with less substantial income, and who put their trust in banks have a very hard time finding out what their account balance is. This could have a supremely negative effect on families that do not have much and cannot afford to overdraft their account and go into debt. They would not know when their account was low, and therefore never know if they overdraft the account until it is too late.

The lower-income communities are also the communities that are comprised of lower education rates, an instance which is directly correlated to the lack of financial literacy in the citizens of those same neighborhoods.

Despite their lack of financial literacy, the Grupo Monge (GMG) works with the Entrepreneurial Finance Lab (EFL) to help people with no previous credit history become financially literate and create bank accounts within the financial institutions of Peru. These efforts have the potential to help almost 12 million citizens of Peru.

The GMG has helped create bank accounts for more than 3,000 citizens without credit access in Peru. This fiscal growth increased the Peruvian market for financial institutions and helped many citizens become more financially literate in securing and monitoring their finances. These changes will have a positive effect on the Peruvian economy because with more citizens contributing to the credit of the country, the nation should continue to grow as a result.