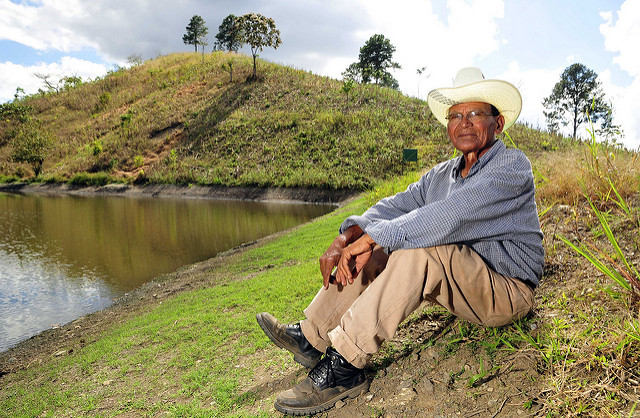 As the largest country in the Central American isthmus, Nicaragua has also struggled for decades as the poorest country in the Americas. After suffering hereditary military dictatorship by the Somoza family that unevenly distributed the already meager national wealth, the country has taken steps to redistribute wealth as a democratic republic. However, 48 percent of its citizens live below the poverty line, with 79.9 percent surviving on $2 a day. Credit access in Nicaragua is deemed one way to a better economic future.

Currently, agriculture and tourism are the largest industrial sources in Nicaragua. Agriculture makes up about 60 percent of its total annual exports with crops such as coffee and tobacco. While the stability of these industries helps with economic growth, one of the most important aspects of economic autonomy is improved credit access in Nicaragua. A stable financial system contributes to a country’s growth, and an inadequate credit system weakens it.

The civil war of the 1970s and hyperinflation in the 1980s severely hampered credit access in Nicaragua and the development of credit unions. For farmers, the civil war and land reform caused uncertainty regarding property rights in the legal system and many poor farmers cannot use property titles to support loans.

These are the reasons why the World Food Program set up the Purchase for Progress (P4P) program. With this program, farmers can receive higher loans than those offered by banks. Since 2008, P4P has set up a revolving fund of over $400,000 with interests considerably lower than private bank rates. Through this program, it’s much easier for farmers to make a profit with better inputs and higher yields.

The previously mentioned program also highlights a significant style of credit access in Nicaragua: microcredit. The microcredit movement which focuses on small loans and access for those who do not have much to support loans, like farmers, began in the 1990s. The Winds for Peace Foundation (WPF) is another organization that provides a framework for increased access to credit for small-scale farmers through its Local Development Fund, which was founded under NITLAPAN, a research institute in Nicaragua.

Originally, WPF invested in multinational microcredit groups that provided capital and low-rate loans across Central American countries. Soon after it began to support Nicaraguan groups because of their reach into the agricultural sector. By placing the support in Nicaraguans, this program allows for both credit access and for a Nicaraguan institute to autonomously control the path of money and support.

In 2008 the World Bank enacted a plan to provide more financial services and credit across Nicaragua. Through technical support, the World Bank focused on major needs such as

Through these actions, the World Bank was able to expand the number of deposit and loan accounts in a four-year period by 68 percent.

By developing more stable forms of credit, these programs have created a more stable Nicaragua. For a small farmer with little to his or her name, credit access, even in microcredit form, allows for more stability and more consistency. Through credit access, Nicaragua will gradually diminish its poverty.