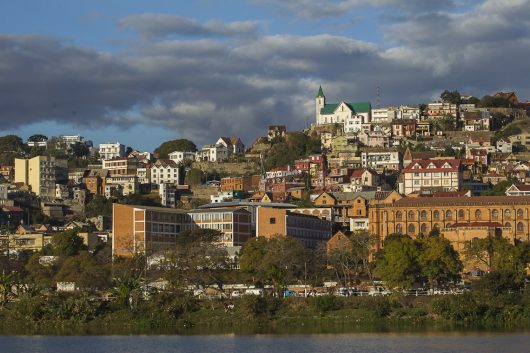 Accessing one’s credit can be a difficult task when there is not much information provided on how to do so. Madagascar has a plethora of farmers due to its vast landscape, and agricultural production could be greatly altered in a positive way if the MFI, or Microfinance Institution, was able to offer accommodating microfinance loans.

Access to microcredit has a profound impact on Malagasy people. As The Guardian writes, “Microfinance is seen as a vehicle to help Madagascar attain some of its millennium development goals, particularly on eradicating extreme poverty.” Approximately 85 percent of the nation’s population lives on less than $1.25 a day. Credit availability in Madagascar has been able to create severe advancements for small businesses and provide a higher income for the average Malagasy family.

Since most individuals are without access to credit in Madagascar due to their financial status, providing goods for the family and bringing in a steady income can be very difficult. Many rely on informal moneylenders who charge annual interest rates anywhere from 120 to 400 percent for unsecured loans.  These numbers are astronomical compared with the MFI’s average rate of 36 percent for the same period, equating to two to four percent a month.

Extremely high interest rates can be very dangerous for people who do not make enough money to continually make payments every month. Supplying the Malagasy citizens with microfinance loans would give them the opportunity to discontinue their relationships with informal moneylenders and ultimately save additional money for other necessary goods.

However, a country that mainly relies on farming can be slightly strenuous for the MFI. It can provide the people with loans to help supply their agricultural needs, but when the weather does not cooperate with the proper farming conditions, these loans can then be used for other purposes. This is what the institutions do not want to happen. According to Serge Rajaonarison, Chief Executive Officer of the Caisse d’Epargne et de Crédit Agricole Mutuels de Madagascar, by accurately determining the “areas and farmers affected by hailstorms, for example, we can subsequently compensate according to the losses caused.”

The prime concern for the MFI is for its loans to be paid back by the people of Madagascar. Even after the country is devastated by severe weather events, the MFI continues to obtain its money back from those who were given loans. Continued payments by the people and being able to provide a better life and workplace for the community will allow the MFI to implement a strategy that will give everyone access to credit in Madagascar.