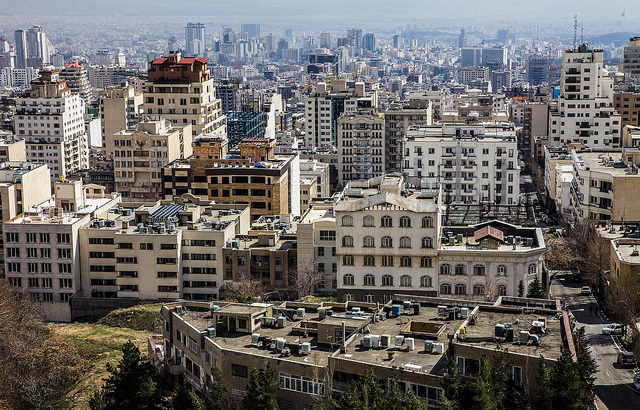 Iran has had a long list of sanctions against it since its revolution in 1979 when hostages were held in the U.S. embassy in Tehran. Since then, Iran has had several restrictions imposed by the United Nations, the European Union and some individual countries like Japan and South Korea.

Due to this, the country has had limited access to the outside world, including its financial and banking sector, which has affected credit access in Iran. In January 2016, most of the sanctions were lifted after Iran met the obligations of the nuclear deal signed in April 2015. The prolonged sanctions and recession have affected small-scale domestic businesses, as they could not secure funding from banks and financial institutions due to high-interest rates.

With the lifting of the sanctions, various government organizations and international banks are eager to sign agreements with the country. China, South Korea, Austria and Denmark are among the notable countries that are taking steps to facilitate financial transactions with Iran.

Iran is building relationships with small foreign banks that are not hindered by the restrictions imposed on the country. The Central Bank of Iran (CBI) said that about 200 small to medium-sized banks have started correspondence with Iranian banks, helping to revive business with foreign countries.

In August 2017, a $9.4 billion deal was signed by the heads of the Korea Export Import Bank and the Export Development Bank of Iran. The credit access provided is considered an important agreement between the two countries and will be spent on various Iranian projects, both in the government and the private sector.

About 12 Iranian banks acting as agent banks have been chosen to utilize the credit. These banks will help support businesses in various sectors like health, transport and energy. This agreement is an important step in boosting credit access in Iran.

China is Iran’s biggest customer in oil trade and has provided $10 billion to fund water, energy and transport projects, which consist of electrifying a 926 km railroad from Tehran to Mashad. China has also committed another $25 billion, of which $15 billion will be spent on infrastructure and production projects.

In September 2017, Austria’s Oberbank and Denmark’s Danske Bank signed an agreement with Iran. Oberbank had business dealings with Iran long before the sanctions, and they were keen to re-establish a relationship with Iran.

Oberbank will extend its credit line of €1 billion to 14 different Iranian banks, which will help increase business in healthcare, infrastructure and green power. Danske Bank has also signed an agreement for €500 million with 10 different banks in Iran, ensuring no conflict with U.S. and EU-imposed sanctions.

In 2017, CBI cut the interest rate of lending to 18 percent and launched a dedicated finance market known as Iran Fara Bourse, making finance easily available and affordable to small and medium-sized businesses.

The partial removal of sanctions and the investments made by foreign banks will definitely boost the economy, help businesses grow and improve credit access in Iran. This will be of great help to Iranian citizens, both in terms of infrastructure improvements and increased income from businesses.