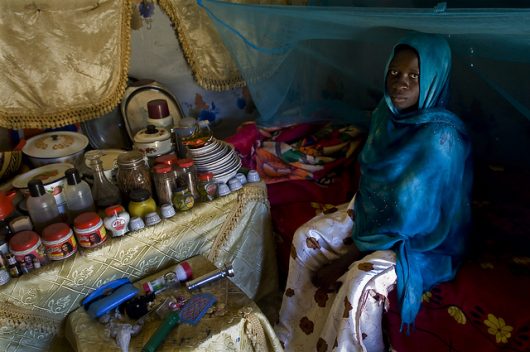 Located in Central Africa, Chad is a landlocked country with a population of approximately 12 million people. While the national poverty fell from 54.8% in 2002 to 46.7% in 2011, Chad remains 186th out of 188 countries on the United Nations Human Development Index. Credit access in Chad stands out as one of the leading impediments to economic growth.

Chad’s financial depth is among the lowest in Africa. According to the World Bank’s Global Financial Development Database (GFDD, 2016), financial system deposits of commercial banks and other financial institutions made up 6.8% of GDP in 2014 in Chad, three times lower than the sub-Saharan African median of 24.6%, and the lowest in the sub-region that year.

Likewise, the ratios of private credit to GDP and deposit money banks’ assets to GDP were less than a half of the median in sub-Saharan Africa in 2014, coming at 6.6% and 8.1% respectively.

The role credit has in the growth of developing countries’ economies cannot be overstated. Increased credit access in Chad is essential for allowing farmers, businesses, and consumers across Chad to utilize investment capital and thus help expand economic activity.

Borrowings and savings in Chad experienced a similar trend. Between 2011 and 2014, the number of adults who borrowed money from a bank declined from 6.2% to 2.4%, while the proportion of those who saved declined from 6.8% to 4.6%.

In order for people living in Chad to grow businesses, buy homes or purchase goods, the imperative is that they have access to financial institutions so that they can borrow and save money from those institutions. Credit is essential for building capital and achieving economic growth.

Progress is Being Made

While these statistics might suggest a rather grim financial situation, there is some progress that indicates an improvement of credit access in Chad for its citizens. IMF Financial Access Survey Data report from 2015 notes an increase in ATMs from 30 in 2011 to 64 in 2014. Borrowers at commercial banks have increased from 2.8 to 8.8 per 1000 adults. While these gains are modest and fall short of the sub-Saharan Africa average, they present a glimpse of hope for a country plagued by inaccessible credit and financial institutions.

As mobile banking proliferates throughout Chad’s financial sector, it offers increased access to credit. A Luxembourg based telecommunication firm, Tigo, and Airtel Money, an Indian telecommunications firm have helped facilitate the transition to mobile banking in Chad. They offer services that allow users to pay bills, conduct money transfers, and make everyday purchases. As of 2013, there are 50,000 Tigo Cash users and 53,000 Airtel Money users in Chad.

In addition, a recent U.N. initiative, the Chad Local Development and Inclusive Finance Program, works to promote access to financial institutions and foster sustainable development. The program aims to create 20 multifunctional centers for financial services and 20,000 micro-enterprises. These enterprises will help create jobs for at least 500,000 households.

While Chad’s financial woes are far from over, the proliferation of mobile banking and microfinance across the country have allowed more people to gain access to credit.