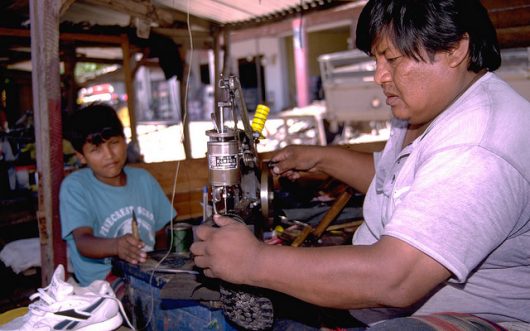 Credit access is considered a key driver of economic growth and poverty alleviation, capable of granting the poor and small businesses the funding necessary to invest in their future. In the past, credit access in Bolivia has seen an expansion through innovative commercial initiatives and through recently imposed laws, Bolivia’s government has sought to encourage the expansion of credit in the country and to direct it toward productive and socially useful sectors.

In one respect, the story of credit access in Bolivia has been particularly influential: commercial microfinance. When BancoSol, originally a charity sponsored by Acción Internacional, transformed itself into a microfinance commercial bank in 1992, it became the first chartered microfinance bank in the world.

The transition showed the country that microfinance could function without the largesse of nongovernmental organizations and within a commercial environment. Significantly, by proving this model was feasible, it provided a meaningful lesson for international observers.

Since then, the country has continued to burnish its legacy of credit initiatives in microfinance and beyond. It has consistently ranked highly in the annual Global Microscope, a report prepared by the Economist Intelligence Unit (EIU) that assesses the regulatory environment for financial inclusion in 55 countries.

In 2016, Bolivia ranked thirteenth of 55 and sixth of the 21 Latin American and Caribbean countries included, and in its 2015 report, the EIU highlighted the country’s Financial Services Law (FSL) as a key in moving toward greater financial inclusion. Whether the FSL, enacted in 2013, will achieve all its goals is yet to be determined, but evidence to date suggests the government’s initiatives have had their intended effect.

The law, among other objectives, mandates credit quotas and interest rate caps to encourage lending to designated productive sectors and social housing. This requires banks and other financial institutions to extend a minimum share of their credit toward these objectives at an affordable rate. A 2015 report by the International Monetary Fund (IMF) found that the requirements were spurring progress: total credit reached almost 46 percent of GDP in 2015 from 35 percent in the mid-2000s, and credit directed to the productive sectors and social housing increased 26 percent in the year leading to June 2015.

In combination with elements of the law improving deposit insurance and consumer protection measures, the FSL has laid the groundwork for furthering the expansion of credit access in Bolivia. As the IMF report emphasizes, the Bolivian financial system is fundamentally sound, but the methods employed to increase credit access do not come without risks.

In attempting to lower borrowing costs, interest rate caps can ultimately limit access to credit and hurt bank profitability, while credit quotas can lead to banks’ portfolios becoming over-concentrated and designated borrowers becoming over-indebted, as credit is extended disproportionately to certain sectors. The report stresses that managing these risks will be vital for the country to ensure its expansion of credit is healthy and sustainable.

Overall, from BancoSol’s breakthrough in the 1990s to modern regulatory initiatives, credit access in Bolivia has continued to expand. Given the capability of financial inclusion to economically empower the poor, it is likely to remain an important goal in the country for the foreseeable future.