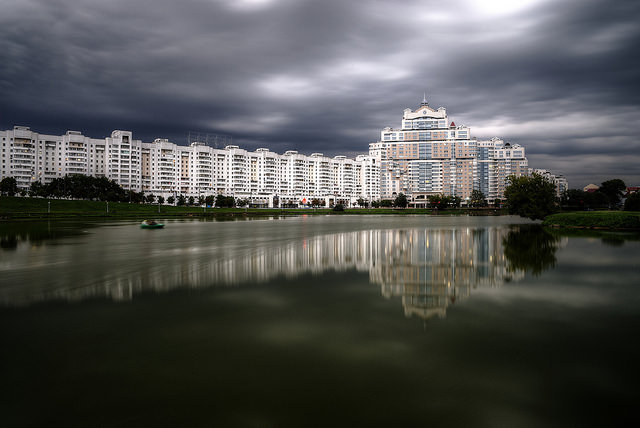 For emerging economies, ensuring as many people as possible have access to credit is an important step in promoting economic activity. Improved credit access in Belarus will encourage economic growth as more people are able to start businesses. It will also give people greater confidence in the economy and encourage them to spend more money.

The Belarus economy struggles primarily with financial inclusion. This means that although the Belarusian economy has the financial infrastructure in place to offer people financial products, many people do not take advantage of them. Surveys have indicated that this is primarily due to low levels of financial literacy in Belarus, as well as the financial system’s inability to reach people in rural areas as easily as their urban counterparts. However, some of the results have indicated that Belarusian banks just do not lend liberally enough to ensure full credit access in Belarus.

This is where the international community can and does step in. Belarus is a country that stands to benefit from greater access to microloans, which are often provided by international actors such as the U.S. Agency for International Development (USAID) and the European Union.

The European Investment Bank (EIB) is currently contemplating a major contribution to improving credit access in Belarus. The EIB is considering providing the equivalent of a $100 million credit line for small and medium-sized enterprises. This line of credit will be used in conjunction with loans provided by Belarusian banks. The EIB funds are to be used to provide half of the financing requested by borrowers, with the World Bank, the European Bank for Reconstruction and Development, or local banks covering the rest. The EIB loans also come with a five year grace period during which no payments are due on the principal of the loan.

Making this financing available will greatly improve credit access in Belarus for would-be business owners and will enable many more people to start their own businesses. This project is notable because it will prioritize making capital available to those wishing to use it for projects that will promote broader economic development.

Steps are also being taken to improve financial literacy along with credit access in Belarus. USAID is working with local nonprofits who provide microloans to organize training for borrowers to ensure that they understand the terms of their loans and are able to pay them back.

Giving people greater access to their credit history is a major accomplishment and has the potential to promote greater credit access in Belarus. It can encourage more people to engage with the financial system and give them a clearer picture of where they stand, enabling them to make informed decisions about their finances. With increased financial knowledge, people could potentially be encouraged to take out loans they previously would not have thought themselves eligible for. All of this, in turn, will generate more economic activity.

Belarus is an emerging market that will benefit greatly from improved credit access. Ensuring full credit access is an easy way to promote economic development and improve quality of life. Thanks to both local and international actors, Belarus is making major strides in this area.