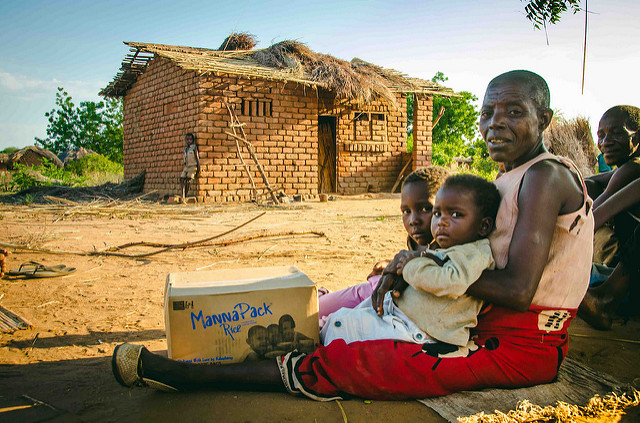 There are many people in this world who wish to use their geographical privilege and resources to help those in need. However, one of the most common questions they find themselves pondering is: how does one go about creating effective change?

While these following tips on how to make an effective change can be applied to any global campaign, these points will focus on how to stop hunger. The truth is that every day, one in nine humans goes to bed on an empty stomach, while one in three suffers from malnutrition.

Ending world hunger is one of the biggest problems and tasks of our current era, and while the idea of ending world hunger may seem like a large, unconquerable project, this goal is actually quite attainable. There are a variety of things that you can do to further the betterment of suffering communities.

Here is your four-step guide on how to stop hunger:

One of the biggest problems surrounding world hunger is the lack of coverage this topic receives from media outlets that receive heavy traffic, such as Facebook, Twitter and Instagram.

Poverty and food insecurity are prominent dilemmas in domestic and international communities alike, and due to their persistence, it is very easy for them to get lost in the media among other current affairs.

The most important thing we can do as individuals is to speak up — make this injustice known among your peers and beyond. An easy way to get the word out is through social media by posting to Facebook, Instagram and even writing public blog posts.

Living in a first world country, it’s quite easy to remain incognizant to the immense suffering going on in the world, and that’s why using technological and geographical resources is key to creating change. Change occurs when people begin to care — when large numbers of people start to pay attention from a variety of different social and economic backgrounds and/or an issue gains attention in many first world countries, then do we see change.

It’s one thing to share a few articles on Facebook and call it a day, but it’s another to be an active contributor in the quest for justice. Persistence and ambition are two factors in what makes a successful advocacy campaign, and being ambitious with your cause encourages others to follow in your footsteps.

It’s important here to have a clear and simple message – what are you advocating for and why should people join you?

Currently, there are 216 million fewer hungry people than in 1990-92, which is a great achievement considering the world’s population has increased by 1.9 billion. How will you use statistics like this to inspire others to have passion and empathy for others?

Advocacy can come in many different forms. It could look like hosting a weekly roundtable with friends, or it could be posting a weekly video on Facebook; but, essentially, advocacy is a continuous journey that requires persistence, solid facts and a clear message.

How can you convince your peers to get engaged? Consider the major humanitarian organizations that currently work on how to stop hunger — is there any way you can join forces to make a better world? Are there any fundraisers happening near you that you and your friends could support?

For example, when tackling a large issue like world hunger, it’s vital to identify a key issue within the larger scope of your topic; perhaps pick a specific affected area or a certain type of deficiency to advocate for first.

While the idea of stopping world hunger with some social media action and contacting an organization like UNICEF sounds nice, this is a very large task, and you will be much more effective in your quest for change if you narrow your gaze to one implication of your problem of focus.

The last step in creating effective change — and in this instance, how to stop hunger — is to organize a project. Gather a group of dedicated individuals and figure out your course of actions: will your project involve traveling, will you be mailing care packages, etc.

This is the hardest, most strenuous stage of creating change, but if you have dedication, perseverance and a stable group to support you, anything is achievable!

When in the position to help those in need, any acts of gratitude count. Even if you are unable to complete all the steps above, a simple retweet or Facebook share can make all the difference. Use your resources to help stop hunger and other world dilemmas.