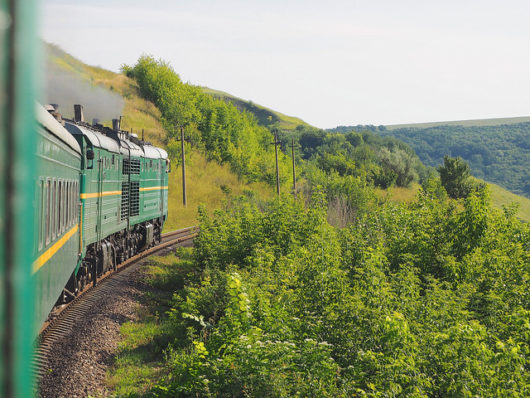 Perhaps the most well-known motoring experts and critics, the host of the BBC’s Top Gear, named Romania’s Transfagarasan Highway the best road in the world in season 14, episode 1. In general, infrastructure has not been Romania’s strong suit; however, both Romanian politicians and the European Union alike see large infrastructure projects in Romania as the key to Romania‘s social and economic future. There are plans to build roads, railways, ports and a variety of buildings to support the health and safety of Romania.

Mismanagement has always been a problem for a post-communist Romania. In 2003, the country began construction on what was supposed to be a nation-changing Autostrada Transilvania highway project that would have stretched from Brasov to Oradea, near the Hungary border, spanning the length of the nation. Construction was canceled in 2013 after high costs and poor management forced the government to abandon the project.

In 2014, the European Union guaranteed 9.5 billion Euros for infrastructure projects in Romania through 2020. Due to shifting government policies and elections in Romania, the EU has had a difficult time effectively following through with the project. Unfortunately, the initial plans went nowhere.

In 2018, the President of the European Bank of Reconstruction and Development (EBRD) met with the President of Romania, giving the world its vote of confidence when it was announced that the EBRD would increase their commitment in funding infrastructure projects in Romania.

Road projects are important. Only 4.3 percent of roads in Romania are highways. To remedy this Romania is planning two major highway expansions. In 2019, Romania will begin planning a 51-kilometer highway called the Bucharest Belt. The Craiova-Pitesti Expressway is the second highway for which Romania has begun to plan and accept bids. It will be 121 kilometers in length and is projected to cost nearly 820 million Euros.

Railways are another important way to move goods and people through and around the country. The Romanian government has big plans for the rehabilitation and upgrading of its rail system. There are 58 investment projects underway to improve Romania’s railway system at an estimated cost of 2.8 billion Euros.

Other Projects in Place

Infrastructure projects in Romania are not only dedicated to roadworks. The Danube river is one of the most important rivers in European history. In Ancient History, it served as the border of the Roman Empire, from which Romania gets its namesake. The Danube has served as a major artery for trade, bordering 20 countries starting in Germany and ending in Romania and Ukraine at the Black Sea. The Romanian government plans to upgrade the Port of Constanta from 2020 to 2025. Improvements to the piers are estimated to cost $991 million dollars.

Other improvements underway are plans to upgrade and expand Romania’s sewage and water treatment systems. The EBRD and the Romanian government have earmarked 2.2 million Euros for the project. The project will help provide more clean water and better water waste removal to the people of Romania. The EBRD will not only provide money but will also provide expertise in the planning process so that the funds are used most efficiently.

It will not be a quick process. Romania has many years of improvement ahead of it. It will be an expensive and long-term task. Hopefully, the commitment of those involved will not falter like earlier projects but will use future roadblocks as opportunities to grow as they work together.