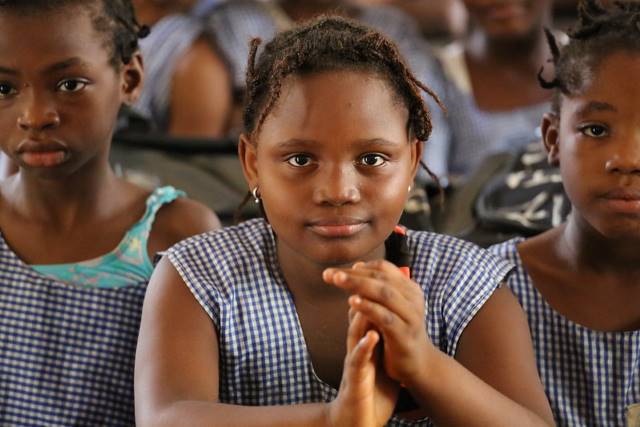 The practice of FGM is deeply rooted in tradition and culture. According to the FGM National Clinic Group, FGM is commonly viewed as a traditional initiation ceremony that marks a girl’s transition into womanhood. Some communities see FGM as an act that increases a girl’s marriageability. Others perform FGM because of the belief that it will ensure girls’ virginity and suppress the sexual desire of women so as to prevent adultery. FGM is a dangerous practice that perpetuates violence against women and holds no health benefits. While the practice of FGM is widespread today, the origins of the practice remain unclear.

Additionally, the practice of FGM is inextricably linked with poverty. UNICEF states that 56% of mutilated Guinean girls aged 0-14 fall in the most impoverished economic quintile. This fact expresses a clear intersectional overlap between gender and class. In particular, lower-income women in Guinea are disproportionately impacted by FGM. The overlap of gender and class reveals a link between women’s rights issues in the fight for global poverty relief.

Despite the fact that female genital mutilation is banned nationally and internationally, the practice continues in Guinea. The U.N. reported that although the majority of women and girls in other countries are against FGM, in 2012, 76% of women and girls in Guinea were in support of the practice. Guinean women tend to be in favor of the excision due to social pressures and fears of being unable to marry due to being uncut. Global support against the practice has helped to alleviate the suffering of women in Guinea. By amplifying a strong global movement against female genital mutilation, more women will realize the serious health consequences of FGM, and thus, more women will support its ultimate abolition.

In a 2020 publication by Reprod Health, “positive deviance” is seen as an important strategy for women and girls in Guinea. Positive deviance refers to girls challenging cultural norms by denying FGM practitioners access to their bodies without their consent. Reprod Health argues that this can ultimately lead to an updated and reformed public health action that fully rejects and abandons female genital mutilation in the country.

The Coordinating Body on Traditional Practices Affecting the Health of Women and Children (CPTAFE) in Guinea advocates for the eradication of FGM in Guinea. CPTAFE’s efforts contributed to an article in the Guinean Constitution “that upholds the right to physical integrity of the person and condemns all forms of inhumane treatment.” This prohibition must be interpreted as banning the practice of FGM. The CPTAFE created four FGM films to raise awareness about the harms of the practice. The organization also educates the public through informative resources, media broadcasts and educational training. The CPTAFE is working with the Guinean government to strengthen legislative prohibitions against FGM.

Female genital mutilation is an outright human rights violation. However, there is strong opposition both nationally and globally with the “positive deviance” movement and NGO action and involvement. While progress needs to continue to completely eradicate female genital mutilation in Guinea, these efforts are powerful in the fight to empower women and uphold women’s rights.