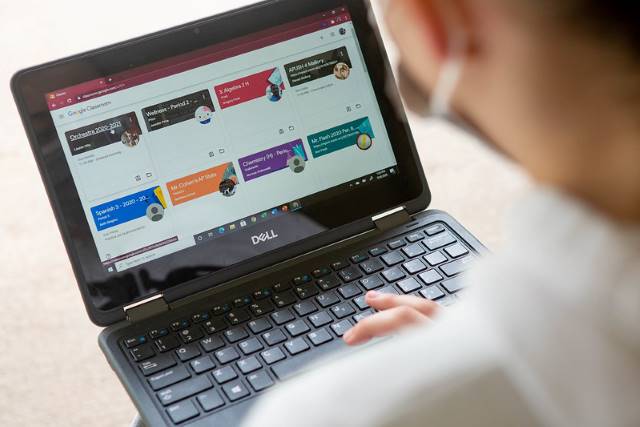 As public schools in Puerto Rico switched to remote online learning during the first months of the COVID-19 pandemic, 56% of students could not attend online classes due to a lack of home internet connection. The education department reported that around 13,000 students received a failing grade in all their 2020-21 semester classes. The department blamed the failing grades on COVID-19’s impact on Puerto Rico. On November 18, 2021, the U.S. Department of Education approved a $3 billion plan to support the operations of public schools around the island and expand student opportunities amid the pandemic.

After Hurricane Maria hit the island in 2017, a debilitated public school system closed off around 250 schools due to a lack of government funding to reconstruct the school’s facilities. The federal oversight board cut resources for the public education system that President Obama decreed in 2012 to cut down the national debt. This left professors with a decreased annual salary of $1,750.

Effects of the COVID-19 Pandemic on the Public Education System

COVID-19’s impact on Puerto Rico led to decreased student attendance to online classes because of a lack of access to online learning services due to increases in layoffs around the island as the lockdown forced businesses to close. According to an NBC report, many parents gave their cellphones to their children to log into the online classes. However, the format of the modules requires students to utilize computers, which leaves many students without access.

Secretary of Education Eligio Hernandez released a statement in February 2020 stating that students would pass to the next grade even if their grades did not fall under the minimum standard to complete the year. Many professors stated that the measure caused students to struggle in the current academic year as the students did not receive enough preparation to step into a higher grade.

According to an NPR article, professors took it upon themselves to clean up schools and buy the necessary materials for their classes due to government inaction. The professors said they had to pay for outside costs such as paint and decorations, which created a strain on their personal budgets.

After 2017, public school cafeterias played a crucial role in feeding 70% of students around the island. After the onset of the pandemic, the government closed down all public cafeterias due to health concerns. Then, after a lawsuit by mothers and nonprofit organizations, the government reopened cafeterias in May 2020.

Citizens have joined in on the mass protest spurred on by several professors around the island to ensure the government provides better resources to the schools in Puerto Rico. The governor responded with a public statement calling for the protests to stop and a new bill to increase teachers’ yearly salaries to $2,700.

The Federation of Professors on the island created a committee in conjunction with the government to negotiate better conditions within the public school system in accordance with professors. The committee is also looking to create a sustainable model for the retirement of public school professors who currently retire at 63.

The committee is set to meet within the first week of March 2022 to continue working on a proposal to implement measures to decrease COVID-19’s impact on Puerto Rico as the government looks to increase resources for public schools around the island.

The Future of the Public School System

Governor Pierluisi announced that professors would receive a monthly increase of $1,000 in their salaries starting in July 2021. Professors have returned to their posts looking to continue providing the necessary resources for students to catch up after several interruptions to the semester.

The new plan by the U.S. Department of Education should help fund the infrastructure of the public school system to return to pre-hurricane standards. Local officials will work alongside the department to determine how to use the money to fund the different areas of the public education system.