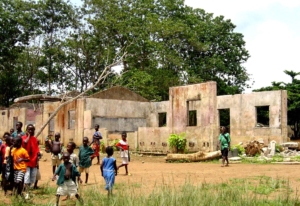 Sierra Leone is a nation in recovery. As with many countries throughout the globe, COVID-19 has left a lasting mark on the West African nation. In a June to October 2020 survey that Innovations for Poverty Action in Sierra Leone implemented, nearly 50% of respondents reported income reductions and about 60% of respondents reported depleting their savings to secure food for the household. However, in the wake of COVID-19’s impact on Sierra Leone, some sectors are regaining strength.

The After-Effects of COVID-19

Sierra Leone went into lockdown quickly in response to the initial outbreak of the novel coronavirus within its borders in March 2020, declaring a state of emergency prior to any confirmation of infection. Rapid policy changes followed, restricting travel and putting into place extensive testing programs which, coupled with a high level of social compliance, brought the infection and death rates to an early plateau. This impressive effort in containment came at a great economic cost, however, with the nation’s GDP contracting around 3.1% in 2020.

Forecasts predict that Sierra Leone’s GDP will grow roughly 4% by the end of 2021, eclipsing the contraction of 2020, with further acceleration predictions in 2022. This projected growth links to a renewed demand for exports, particularly in the country’s mining sector.

To that end, “the World Bank approved an $8.5 million grant” in June 2021 to further vaccination efforts in Sierra Leone, building upon an earlier $7.5 million monetary injection provided by the International Development Association in 2020 to shore up economic deficits resulting from COVID-19’s impact on Sierra Leone. Additionally, The Sierra Leone Central Bank announced a redenomination of the national currency in an effort to combat inflation. However, not all efforts for economic regrowth fall within the confines of the financial sector.

Sierra Leone saw a marked increase in poverty as a result of wage depression and job loss stemming from the pandemic, particularly in urban areas. The remediation of economic damages in these areas is an important step in breathing new life into the Sierra Leonean economy.

The Millennium Challenge Corporation (MCC), a U.S. government-funded agency dedicating efforts to international growth and development, is working to do just that. The MCC completed a $44.4 million project “to improve the water and electrical services in and around Freetown,” Sierra Leone’s capital and largest urban center, in March 2021. The MCC has recently begun talks with government representatives and the private sector to make further, larger investments in the nation’s growth in the form of an economic compact.

Further Help for Citizens in Need

In August 2021, the United Nations Development Programme (UNDP) announced a new program specifically focusing on aiding women and youth affected by COVID’s impact on Sierra Leone. The program will provide grants of $60,000 to $140,000 for distribution by NGOs to women and youth-operated businesses in both rural and urban areas that were forced to scale down or cease operations during the pandemic. The aim is to bring these businesses back into the marketplace and stimulate the local economy. These efforts work in concert with Sierra Leone’s internal efforts to help the nation get back onto its feet in the post-pandemic environment.

With a return to pre-pandemic GDP levels in sight, Sierra Leone hopes to continue growth in 2022. Forecasts predict the nation’s GDP to grow by as much as 5% by 2022, outpacing its sub-Saharan neighbors, which could grow to 1% to 2% less over the same period. The country’s mining sector is a strong driver of the national economy accounting for 3% of national employment in 2018 as well as “65% of export earnings.” The mining sector is on track for a 34% overall increase, led by a predicted 850% increase in demand for iron ore over 2020.

With such a major market component leading the way, other economic areas may expect revitalization as well. In the agricultural sector, employing about two-thirds of Sierra Leone’s workforce, the government encourages mining companies’ investment in communities local to their operations, furthering citizens’ access to food as well as gainful employment. Predictions estimate that the domestic construction and energy industries, both with close links to mining infrastructure, may see growth as well. This combined push for economic renewal assures better days to come for the sub-Saharan nation.

A Bright Future Ahead

Through ongoing foreign support and careful economic measures, Sierra Leone hopes to breathe new life into industries ravaged by COVID-19. With a renewed encouragement of domestic business, the nation looks to bring its citizens forward into a thriving economy and a safer, healthier society. The culmination of these efforts is proving clear less than two years after the nation’s first lockdown with a strong reemergence from the trials of COVID-19’s impact on Sierra Leone, promising a brighter tomorrow for the Sierra Leonean people.