Tag Archive for: COVID-19 in Yemen 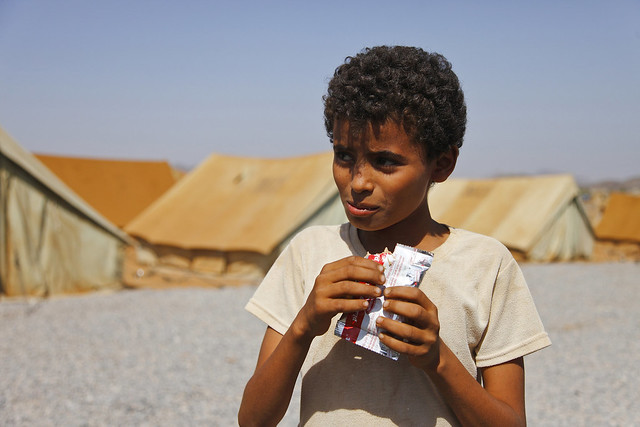 “Over the past five years, I can’t count the number of times I’ve thought that surely things can’t get more desperate in Hodeidah, [Yemen,]” writes Salem Jaffer Baobaid for The New Humanitarian. Fortunately, fighting and airstrikes have ceased in the city, but the Yemeni Civil War still rages on in other parts of the nation. Now, however, COVID-19 promises to further complicate the situation in Yemen. According to UNICEF, approximately 80% of the Yemeni people require humanitarian aid, which is around 24 million people nationwide. Amid the terror and destruction, hospitals are shutting down, leaving people more vulnerable than ever to the biological dangers of COVID-19 in Yemen. To understand the state of addressing the pandemic in Yemen, one must be aware of the conflict unfolding, how COVID-19 affects the conflict and what assistance is being provided to the Yemeni people.

Where Did This Violence Come From?

After the Arab Spring demonstrations in 2011, former President Ali Abdullah Saleh is replaced through a Gulf Cooperation Council (GCC) deal placing Abdrabbuh Mansour Hadi, his deputy, into power. Houthis, the other major group in the conflict, are pushing against Hadi’s power and Saudi influence in the region. In 2014, the Houthis took control over the capital, Sanaa, Yemen, which led to more violence and airstrikes led by Saudi Arabian forces. However, the Houthis are known to be supported by Iran informally, though there are rumors of financial and military support as well.

COVID-19 in Yemen Amid Conflict

Amid airstrikes, city-wide takeovers and alleged coups, the Yemeni people have been largely forgotten. Hospitals all over the nation have shut down due to physical damage and shortages of fuel and medical resources. Only 51% of hospitals and clinics were functioning as of 2015. Meanwhile, over 300 districts in Yemen do not have a single doctor operating within their borders. Due to hospital shutdowns, there are 675 Intensive Care Unit (ICU) beds and only 309 ventilators available. These numbers demonstrate the very real threat posed by COVID-19. Lack of reliable reporting and economic struggles have only deepened the struggle to contain COVID-19 in Yemen.

On April 2, 2020, a Houthi news organization reported the first case of COVID-19 in Yemen, but this was retracted only for another news release to be published around a week later. As of June 2020, the nation reports 1,100 cases and over 300 deaths, placing the startling mortality rate near 25%.

COVID-19 is also creating economic troubles for Yemen’s citizens. Many people in Yemen are reliant on remittances, or money being sent to them from a relative outside of the country. However, COVID-19 has led to economic recessions and copious layoffs all over the world. As a result, people who have lost jobs are unable to send money back to Yemen.

As the nation struggled to grapple with the loss of remittances and a surge in COVID-19 cases, Yemen also lost international aid that it relied on. The United States alone cut $73 million of aid to Yemen in April 2020 as a response to its own COVID-19 crisis, according to Oxfam.

Amid such chaos, nonprofit groups are moving in to fight for the underdog. Oxfam stands out as one of the most effective groups. Oxfam is currently working to help families in small refugee settlements throughout the nation. There Oxfam digs wells to increase accessibility to clean water in addition to passing out “hygiene kits” that include mosquito nets, wash bins, water jugs and more.

Oxfam is also heavily involved in educating people on how to avoid contracting diseases such as COVID-19 in Yemen. Meanwhile, there are groups working in the United States government to stop its halt on funding for the crisis in Yemen.