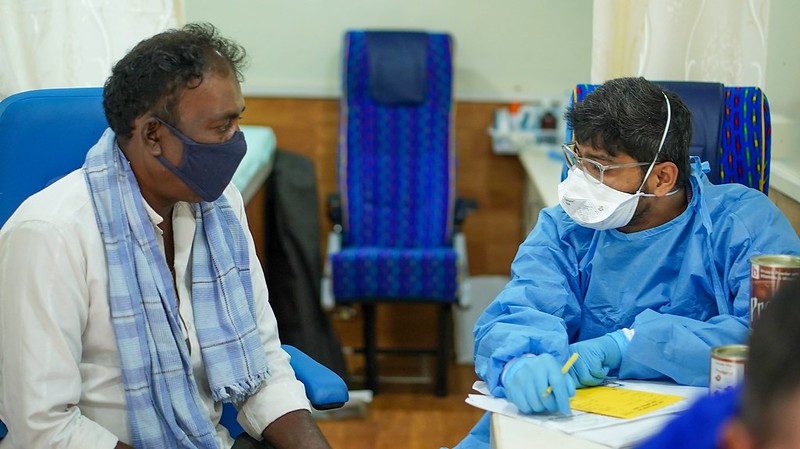 Since the end of 2019, the spread and containment of the novel coronavirus have been on many people’s minds. Throughout the pandemic, it has become clear that money and access to the resources necessary to combat this virus are a privilege that not all countries can afford. However, the needs of impoverished countries in relation to the COVID-19 pandemic have not gone unheard. Various foundations, organizations and governmental leaders from developed countries have made efforts to combat the effects of  COVID-19 in populations that need assistance the most. Here are five COVID-19 relief efforts in developing countries.

The needs of individuals in impoverished countries are still drastic, as many of the economies and medical systems remain underdeveloped amid COVID-19. While the effects of COVID-19 have hit developing countries harder than in other areas of the world, these COVID-19 relief efforts, along with many others, have made a positive impact in combating the virus and its secondary effects. 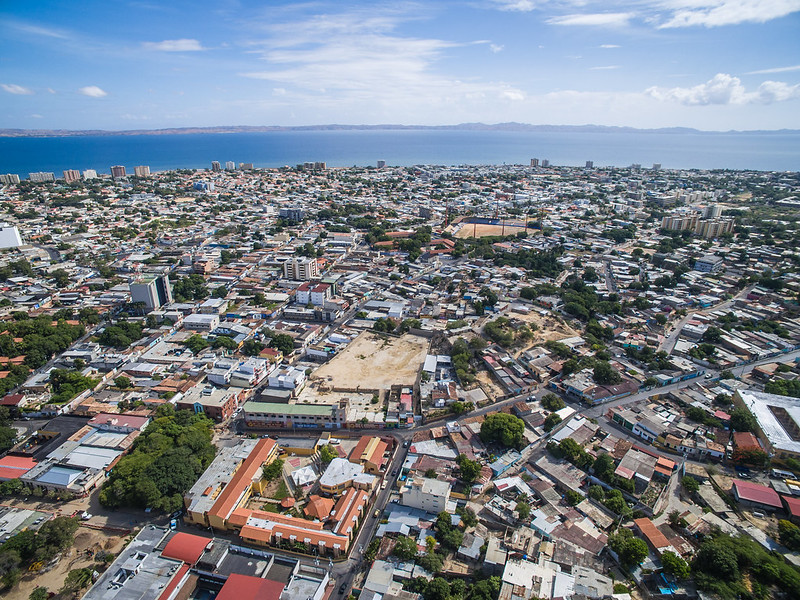 USAID in Venezuela aims to be a catalyst for the international response to aid impoverished communities in Venezuela. It provides more than $200 million to diminish the humanitarian crisis triggered by Nicolás Maduro’s regime. Eradicating poverty is not only a national but an international affair. The decline of democracy in Venezuela can also be seen as a consequence of the increase in national poverty. As such, USAID in Venezuela is also a matter of national security and economic stability.

United States’ Response to the Crisis

According to the Department of State, the United States is the largest donor responding to the Venezuelan crisis, with over $856 million in total assistance. However, helping does not only mean providing aid for Venezuelans living in their country. The United States also offers support for those who fled to nearby countries. The aid covers 16 Latin American nations, such as Colombia, Ecuador, Peru, Argentina and Chile.

What USAID Covers in Venezuela

Due to the COVID-19 pandemic, USAID began to prioritize life-saving humanitarian assistance in Venezuela. This includes basic healthcare, providing access to medicine and supplies, training healthcare workers and combating other infectious diseases like Malaria.

In Maduro’s regime, U.S. efforts to sustain the Venezuelan people externalize a political decision to disapprove Maduro’s resolutions as a leader.

“We do this because our National Security Strategy prioritizes the reduction of human suffering and doing our part to respond to crisis situations make Americans safer at home,” argues the U.S. Department of State. Moreover, foreign aid triggers a better political understanding between nations.

On the other hand, a lack of governance and extreme poverty create economic conflict between countries. In January 2021, Maduro announced that the country had received 98.6% less income than 2013, the year that he took office. As unemployment and hunger grew, other nations imposed sanctions on Maduro’s government. The latter has had a domino effect on Americans as the Venezuelan government was unable to pay their debts to Americans who invested in foreign debt.

Foreign aid is not merely an external investment but a strategic and mutually beneficial deal. Nations all over the world depend on each other to safeguard their people’s basic needs. When a nation suffers, the global community is affected. By strengthening local economies, USAID in Venezuela steadily continues to alleviate poverty and protect vulnerable groups. 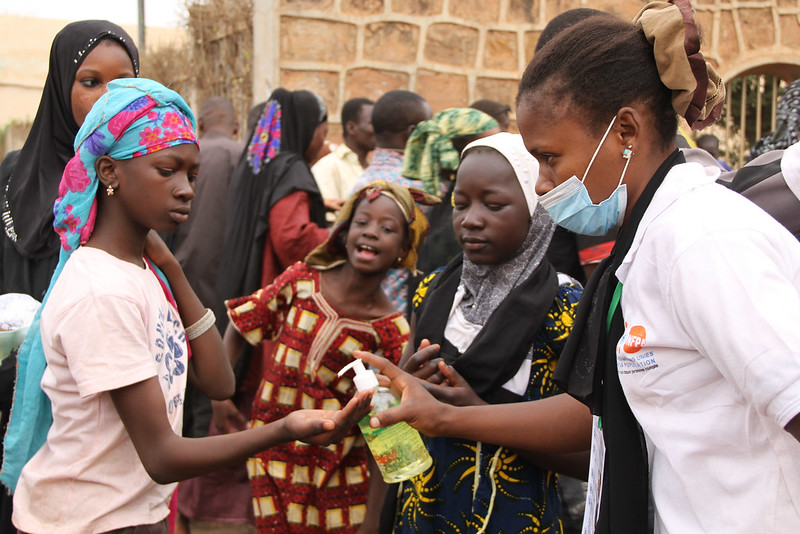 The COVID-19 pandemic is affecting countries worldwide, but it has created an additional burden for impoverished nations. The novel coronavirus is creating new concerns for vulnerable communities and is making current issues much worse. Here are 10 facts about COVID-19 in impoverished nations.

10 Facts About COVID-19 in Impoverished Nations

COVID-19 is yet another barrier to ending global poverty and will be a struggle for impoverished nations to recover from. With the help of the international community, low-income nations may recover from COVID-19 and its secondary effects sooner. 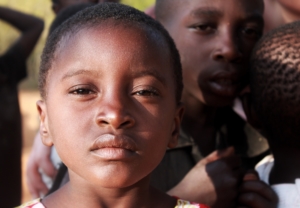 The Democratic Republic of the Congo is a country located in Central Africa and home to 84.07 million people. About 72% of the population live on less than $2 a day, making the DRC one of the world’s poorest countries. Because many live in extreme poverty, the community is vulnerable to diseases and suffers greatly, especially children. Here are five facts to know about children living in the DRC.

5 Facts About Children in the Democratic Republic of the Congo

Despite all that DRC children suffer from, conditions have been improving drastically over the last few years. With help from donors and organizations, there is high hope that the safety, health and standard of living will only continue to improve for children in the Democratic Republic of the Congo. 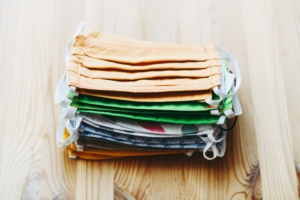 The most recent pandemic has wreaked havoc on countries all over the world and has stagnated, or even reversed progress in many developing communities. While officials have been trying to reduce the number of cases worldwide, there have also been many tech developments that help alleviate the burden of COVID-19. Various apps and websites allow us to spread information, contact-trace and even enforce quarantine.

Though the novel coronavirus has thrown us all for a whirlwind, many countries are doing their part to alleviate the burden of COVID by using technology. Whether it is through self-assessing symptoms, tracking hospitals or enforcing quarantine, government officials everywhere are trying to flatten the curve through the use of technology. 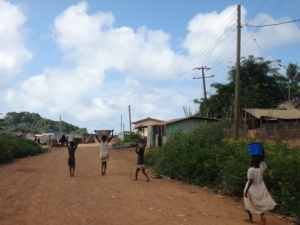 Amid the widespread pandemic, nations worldwide have been operating under similar prevention measures to combat COVID-19. Yet, some are more effective than others, and the results are clear. From the start of the COVID-19 pandemic, Ghana showed how it is collectivistic and holds personal responsibility for its citizens. On March 16, Ghana began to lockdown non-essential businesses and schools to prevent an outbreak as COVID-19 reached the nation.  As of June 4, 2020, Ghana confirmed 8,297 cases and 38 deaths. In the process of easing restrictions, Ghana allowed communities to reopen schools and universities on June 5 with social distancing guidelines. Here are seven ways Ghana is minimizing COVID-19 cases and is rearing up reopen.

While countries worldwide are following similar prevention measures to stop the spread of COVID-19, Ghana, among other nations, was able to reopen earlier than expected. Ghana is minimizing COVID-19 cases and can reopen because of citizens’ and health workers’ commitment to implemented prevention measures. The Ghanaian government has also worked diligently to raise awareness and create proper prevention measures for rural and metropolitan areas alike. Ghanian citizens are provided with clean water, medical treatment and free counseling services to ensure social distancing measures are followed, and citizens remain healthy amid the unexpended circumstances. Due to its early lockdown and comprehensive testing, Ghana continues to lessen its COVID-19 cases and is heading toward a promising future.