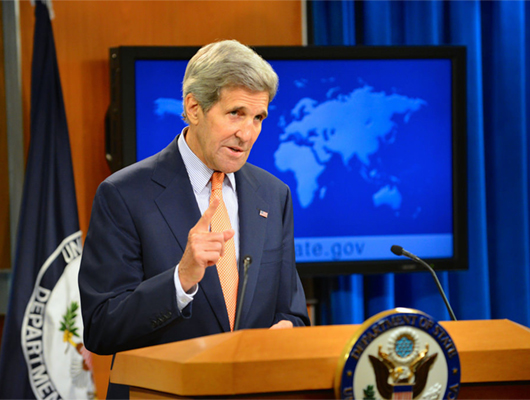 On June 24, the US State Department released the Country Reports on Human Rights. The Country Reports on Human Rights are mandated by Congress in the Foreign Assistance Act of 1961 and the Trade Act of 1974. These acts describe the performance of governments that receive U.S. foreign assistance and of all United Nations member states. The performance of a government is determined by how much a country conforms to the Universal Declaration of Human Rights that outline civil, political, individual and worker rights.

The Department of State prepares these reports using information from U.S. embassies, foreign government officials, nongovernmental organizations and published reports. U.S. diplomatic missions prepare the initial drafts of the individual country reports. The Bureau of Democracy, Human Rights, and Labor (DRL) and other Department of State offices work to document, evaluate and edit the reports.

In 2014, there were a few trends in regard to human rights abuses. While many governments repressed and harmed citizens, many non-state actors also committed horrible human rights atrocities. As observed before, there is a correlation between corruption, human rights abuses and repressive governance.

Many countries had many human rights abuses. The President of Syria, Bashar Asad, continues to attack innocent civilians in an ongoing civil war between the government and citizens who oppose the government’s leadership. ISIL emerged partly because of a non-inclusive government in Iraq. In the Middle East and Africa, ISIL has both killed people and sold girls into slavery. In Nigeria, Boko Haram attacked school children and captured young girls. Countries such as China, Egypt, Eritrea, Ethiopia, Iran, Russia and Saudi Arabia do not allow open media markets and imprison journalists.

Even though many countries still do not recognize certain human rights, or disregard human rights altogether, many countries have given more rights to citizens than ever. In Afghanistan, millions elected a new President. Similarly, India had one of the largest parliamentary elections in history in 2014. Indonesia elected a leader who challenged traditional centers of power. In addition, Tunisia held its first democratic election in 2014.